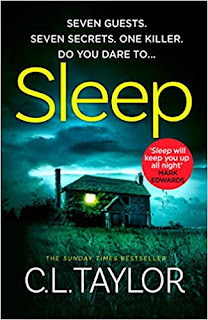 Sleep, the latest psychological thriller from C.L. Taylor is more than a nod to a classic Agatha Christie-style whodunnit. And Taylor pulls it off with aplomb.

The main protagonist, Anna, is struggling with insomnia and night terrors. Her life fell apart when she was the driver of a car involved in a crash which killed two of her passengers and seriously injured a third. To escape she takes a job in a hotel on the Scottish island of Rum. Seven guests on a walking holiday arrive at the hotel, but very soon the weather turns and all communication with the outside world is cut off. Soon strange things begin to happen. Cryptic messages are left for Anna. Guests’ possessions go missing. There is a death. Anna becomes convinced someone is stalking her, even wants to kill her, because of her involvement in the car crash.

Taylor introduces the group one-by-one, and in true mystery style we learn that each is hiding something, and throughout the course of the book their secrets are gradually revealed.

The plot is twisty, briskly paced, and full of misdirection and had me questioning and examining the motives of each guest. Indeed, at one point, everything we thought we knew is turned on its head. The setting is claustrophobic and beautifully realized, with the wild sea and biting winds and driving rain adding to the atmosphere. Anna is a likeable lead character who we come to care about.

This is Taylor’s sixth psychological thriller, and my word, she gets better with everyone.
------
Reviewer: Mary-Jane Riley 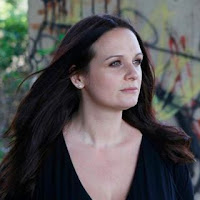 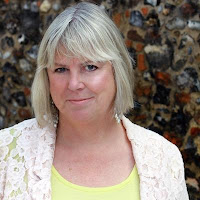 Mary-Jane Riley wrote her first story on her newly acquired blue Petite typewriter, when she was eight. When she grew up, she had to earn a living and became a BBC radio talk show presenter and journalist. She has covered many life-affirming stories, but also some of the darkest events of the past two decades. Then, in true journalistic style, she decided not to let the facts get in the way of a good story and got creative. She wrote for women's magazines and small presses. She formed WriteOutLoud with two writer friends to help charities get their message across using their life stories. Now she is writing crime thrillers drawing on her experiences in journalism. Her third book set in East Anglia and featuring investigative journalist Alex.  Dark Waters was published by Harper Collins/Killer Reads in March 2018.
Posted by Lizzie at 12:56