‘It Was Her’ by Mark Hill 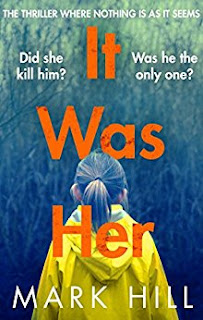 Set in contemporary London, this very popular book is the second in Mark Hill’s dark police thriller series featuring DI Ray Drake and DS Flick Crowley and, although it works as a standalone novel, I would recommend that readers enjoy the first book in the series His First Lie as important details of the detectives’ storyline are established in that book.

It Was Her focuses on dysfunctional families and toxic relationships. It is filled with unreliable characters with distorted memories, hidden secrets and disturbing pasts. Tatia (renamed Sarah) was adopted from a grim Eastern block orphanage by a couple who gave her a good home and a happy life until the youngest boy in the family, Will, died in a cliff-top accident. Tatia was blamed for it, rejected by her adoptive family and sent back to the orphanage. Twenty years later she is back in the UK. She longs for her lost family and when she notices families going away on holiday, there seems to be no reason why she can't move into their affluent homes and take over their lives while they are gone. But people start dying.

DI Ray Drake and DS Flick Crowley are brought in to investigate but the body count is rising, and they can find no link between the victims. Drake and Crowley are still reeling from the incidents in the previous book with Crowley threatening to reveal Drake's secret past which will destroy everything he has built.

The book has a gritty, dark, oppressive feel with the police as unreliable as the other characters. Told from multiple viewpoints the reader knows who is involved in the murders from the start though not the detail or the motivation which is gradually revealed as the book progresses. And there is the ever-present question of why the little boy was killed all those years before. If you like face-paced thrillers this comes highly recommended.
------
Reviewer: Christine Hammacott

Christine Hammacott lives near Southampton and runs her own design consultancy. She started her career working in publishing as a book designer and now creates covers for indie-authors. She writes page-turning fiction that deals with the psychological effects of crime. Her debut novel The Taste of Ash is available on Amazon.  Click on the title to read the review. 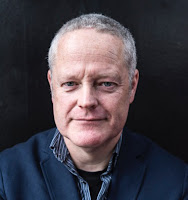 Mark Hill has been a journalist and an award-winning music radio producer. He worked for about five minutes in PR. He now writes the Drake and Crowley thriller series. Mark says he loves writing. It's his dream job.