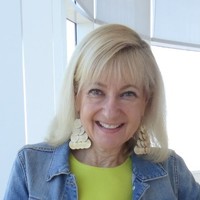 CrimeFest to the Newbie is like a candy store to the hungry child. There are goodies around every corner, clever writers talking about interesting things, surprises by the minute — who would have thought that the delightful young woman I was sitting next to at the pub quiz was writing about a serial killer — and everyone is nice.

Niceness and surprises turned out to be a theme. The session, ‘Dark Places: Plumbing the Depths’ on Sunday morning revealed a panel of four moderated by Steve Mosby, and included a man with an intense expression, an unusual hair style and an eye-watering number of tattoos. His name is Matt Wesolowski and he is definitely nice. An English tutor for young people in care and a creative writing mentor, he won the Pitch Perfect competition in 2015 with ‘Six Stories’ which has sold to Hollywood for a major motion picture. ‘Hydra’, termed a “loose prequel”, was released in 2017.  “To be nice,” Matt said, “you have to have been to a dark place. To write effective darkness, you have to have been face down to the pavement. You need to empathise with it.”

It’s a sobering thought that beneath the skin writers will have seen and experienced the best and worst in human nature. Matt’s session followed Valentina Giambanco moderating, ‘It’s News to Me: Writing about Social and Topical Issues’, and here too authors had been stimulated by real life events.

Kate Rhodes had written two award-winning collections of poetry before becoming a crime writer and explained how personal experience of the tainted blood scandal in the 1970’s where hemophiliacs contracted Hepatitis C provided the backdrop to her book Blood Symmetry.

Vicky Newham meanwhile is a former teacher and author of a police procedural series set in East London. Having studied psychology and with a fascination for psychopathology and murder, she drew on her experience of living and working in the area to write her debut novel, Turn a Blind Eye (April 2018), introducing DI Maya Rahman. Teaching a high quotient of Bangladeshi and Somali children, Vicky explained, meant she got to know her pupils’ backgrounds, why they were falling asleep in class, why they were missing lessons. Her book is a traditional police procedural, but the plot and characters came from the “psycho-geography” of the area.

Why writers and readers turn to crime at all was explored in ‘“More Crime, Less Justice”: Was Cicero Right?’ on Friday morning. William McIntyre, Peter Murphy, Sarah Vaughan and Yrsa Sigurdardottir under the expert moderation of LC Tyler debated the difference between law and justice. If justice is an ocean, law is the ship, William McIntyre observed. Peter Murphy, who acted as counsel in the Yugoslavian war crimes tribunal and has written six legal thrillers featuring barrister Ben Shroeder, added that justice throws labels. ‘One man’s terrorist is another’s freedom fighter,’ he said, explaining that the law is there to supple an objective standard. The crime novel is like the law, the panel suggested. It aims for order amongst the chaos, except that this is changing. Now books are seeking to get closer to the way things are, and the victim is becoming more important.

Another view emerged in ‘Power, Corruption and Greed: Just Another Day at the Office’ on Frida with Abir Mukherjee, Jeff Dowson, Abi Silver and Thomas Enger. Abir Mukherjee, author of the Sam Wyndham novels set in Calcutta under the Raj, suggested that writing is a search for identity. Britain formed India, he said, and the Raj informed Britain. How do you justify the oppression of another race? What is the impact on the governed and the governing? The truth is more nuanced than oppression, he continued, it’s also an evolution.

So too was my experience of CrimeFest. As I talked and listened my interest was piqued by books I had never thought of dipping into and I found my own ideas evolving. What a tremendous event - long may the blood flow!

Jo Cohen Jones is a former journalist and documentary film maker. Retrained in group psychotherapy, she now works as a panel member for the youth offending service, writes thrillers that haven't been published yet and experiments with domestic noir.