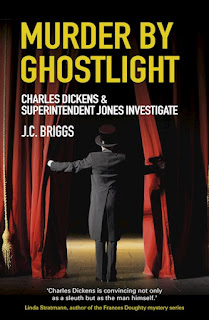 Dickens himself discovers the body of one of the actors in the theatre in Spring Bank and is therefore a serious suspect as the killer.   Dickens and Jones move around the city and the northern suburbs giving a clear picture of the horrors of Mancunian conditions of dirt and poverty.  The relationship between the two is one of good friends and the reader is reminded of the real life walks in London taken by Charles and Inspector Field.

The body count mounts and the mystery gets murkier before and after the two protagonists return to London.  Lost and poverty stricken children play a part as do women looking for love.  The wealth of language that Dickens possessed is shown here with particular reference to the quirky names that Dickens so enjoyed.

This is another enjoyable book from J. C. Briggs with its fascinating characters, real and imagined, its intricate mystery and its evocation of Victorian London and Manchester.
------
Rviewer: Jennifer S. Palmer
The first book on Dickens was The Murder of Patience Brooke. 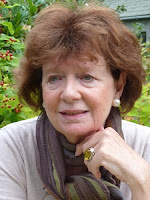 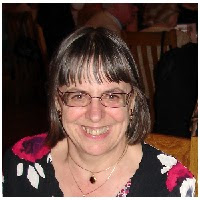