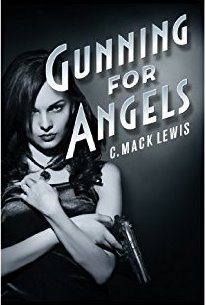 Gunning for Angels opens with Enid Iglowski, a sixteen year old wild-child, making her escape from Florida, a  school, and her alcoholic mother.  Enid embarks on the journey having recently discovered that her biological father, Jack Fox, is a private detective who lives in Phoenix.  Two years shy of forty, Fox has a trail of broken relationships and one-night-stands behind him, plays the tough-guy, detests children and has no idea that he is a parent.  When Enid tracks him down they both, understandably, feel confused and vulnerable, a response that they quickly mask with aggressive-defensive behaviours.

Meanwhile, ageing Police Detective Bud Orlean and his son Chip also become locked in a domestic battle when Chip announces that he has quit medical school to become a writer.

In the midst of these parent/child feuds, the discovery of human bones in the Arizona desert leads Bud to revisit a cold case that opens up a Pandora’s box of intrigue and deception.  The detectives and their wayward offspring are entangled in a deadly quest for the truth during which their professional and private lives become blurred.

This is a hard-hitting, sometimes explicitly graphic and highly entertaining detective novel.  Descriptions of murder, betrayal, complex familial relationships and child exploitation are tempered with humour as Enid’s unpredictable, often outrageous, teenage behaviour confounds those around her.  Melodramatic tantrums and reunions abound as the mystery unfolds and the detectives are thwarted as much by their personal proclivities as the scheming villains they are pursuing.
------
Reviewer: Dorothy Marshall Gent 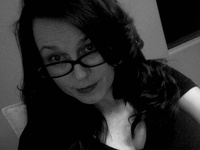 C Mack Lewis was born in South Jersey.  After earning a degree in Marketing at Auburn University, she  spent the next five years in the business world.  She then earned a degree as a doctor in orpodiatric medicine. Upon graduation, she moved to Scottsdale, Arizona where she has been in practice since 2000.  Gunning for Angels is her fiction debut and it is the first of a trilogy.
https://cmacklewis.com/