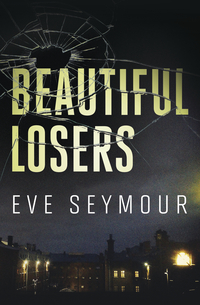 Kim Slade is a clinical psychologist who specialises in people with eating disorders. When she receives an anonymous parcel although initially fearful of the disturbing contents, when she later tells her friend Georgia, she laughs when Georgia says she could have a stalker.  But this is not the first anonymous gift she has received.

Despite a traumatic event in her childhood, Kim has overcome this episode channelling her energies into a profession for helping people.  She divides her time between her job in Cheltenham and a holiday cottage in Devon, where she and her boyfriend Chris spend a lot of their time.  Chris is introverted and also the victim of a somewhat tragic past.

As the unwanted gifts escalate Kim naturally becomes nervous and unsettled, and when in the course of her job she is accosted by Kyle Stannard, a former model who has facial disfigurement as  a result of a brutal attack, who says she can help him, she becomes certain that he is her stalker. Although she reports Kyle to the police he seems always able to have a logical explanation for being in her vicinity. As the tension mounts for Kim she gradually becomes unstable, as she looks at everyone and wonders if they are the stalker?  Off balance and in turmoil she decides to deal with Stannard herself.

Cleverly plotted and skilfully written this is a fearful example of the effect of stalking.  It makes me shudder just to think about it.  And like many stalking cases it escalates to killing. Will Kim identify her stalker before he kills her?

A powerful novel which is highly recommended.
------
Reviewer: Lizzie Hayes 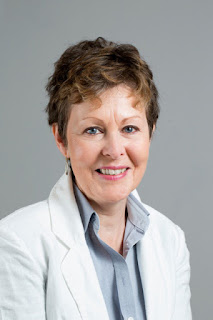 Eve Seymour was born in West Bromwich in the West Midlands and spent much of her early years in the surrounding area. Through an unhappy chain of events, she was sent away to school in Malvern then Cheltenham, later fleeing institutional life for the bright lights of the Edinburgh Festival. Captivated by the city, she decided to stay – home being a grotty bed-sit next to a football ground - and paid the rent by selling stationery supplies.
After a move to London, she began an arts degree, which she dropped out of to join a public relations consultancy – home moving up several gears to a flat in Kensington, shared with a couple of old school-friends. During her P.R. career, she was involved in a number of accounts, mainly medical and nutritional, and included the Woman’s Own Children of Courage awards, which she ran for two years. After another move to a P.R. consultancy in Birmingham, she married and moved to South Devon. Five children later, she began writing in her spare time. Previous writing credits include a number of short stories broadcast on BBC Radio Devon, and articles in Devon Today magazine. She has since bent the ears of a number of police officers in Devon, West Mercia and West Midlands, including Scenes of Crime and firearms, in a ruthless bid to make her writing career more enduring than previous attempts.