‘The Art of the Imperfect’ by Kate Evans 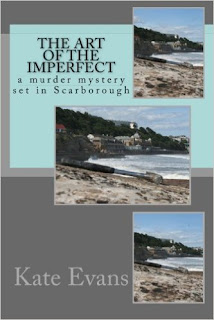 Hannah Poole is training to be a counsellor at the Scarborough Centre for Therapy. Late one evening she discovers the body of Dr Themis Greene, the Centre's founder. Dr Greene has been murdered. Hannah has been fighting her own emotional demons: her failure in the past to successfully complete any career training and her fear that she will never do so; her desperation to have a meaningful relationship; and her tense relationship with her parents now that she has returned from London to live with them. This new trauma brings her to the brink of emotional disintegration.

Detective Sergeant Theo Akande is the Senior Investigating Officer on the murder case. He has just transferred to Scarborough and is desperate to prove himself. He is also determined to keep the truth about his sexuality private, certain that a black, gay police detective would have a hard time in the conservative Scarborough force. Theo is very lonely in Scarborough and is grateful for the friendship and support of Suze Irvine, the DI's secretary. Although crippled and requiring crutches, Suze is a strong, intelligent, no-nonsense woman and, born and bred in Scarborough, she is a valuable source of knowledge about the town's inhabitants.

Akande and his team discover that a lot of people have good reason to hate Themis Greene. There are many colleagues and lovers whom she has cheated and hurt, and it becomes clear that, at her core, Themis Greene was self-centred, manipulative, deceitful and greedy.

Next door to Hannah lives heavily pregnant Aurora Harris. Aurora is depressed before her baby arrives, and after his birth she wavers into post-natal psychosis. Because of the irrational things Aurora is saying, it is easy to miss the vital piece of information that she possesses. However, in the end, Hannah slots the pieces of the mystery together and discovers who killed Dr Themis Greene.

The Art of the Imperfect is a beautifully written book with wonderful descriptions and powerful use of language. It is not a straightforward murder mystery, it is an account of the central protagonists' actions and thoughts as they struggle to achieve emotional equilibrium. The use of the Present Tense gives the story a feeling of tension and urgency that is, at times, almost claustrophobic. It is clear that the author is well acquainted with the world of counselling and her descriptions of The Scarborough Centre for Therapy are totally convincing. The Group Therapy sessions that Hannah has to endure as part of her training are particularly disturbing. Her fellow students all have their own emotional problems and play cruel, manipulative mind-games, watched with apparent amusement by the therapist in charge.
The Art of the Imperfect is not a simple murder mystery. It is a compelling, exquisitely written, psychological study.
------
Reviewer: Carol Westron 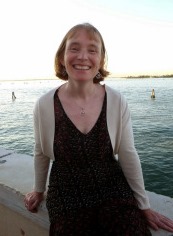 Kate Evans is a writer of fiction, non-fiction and poetry. Her book, Pathways Through Writing Blocks in the Academic Environment, was published by Sense Publishers in 2013. She has an MA in Creative Writing from Sussex University and teaches on the Degree in Creative Writing at the University of Hull, Scarborough campus. Her crime fiction is inspired by Ruth Rendell, Minette Walters and Ann Cleeves. She is trained as a psychotherapeutic counsellor. She loves walking by the sea and afternoon tea, and has an inexplicable drive to bring a new generation to the poetry of Edith Sitwell. 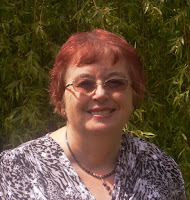