'Raiders of the Nile' by Steven Saylor 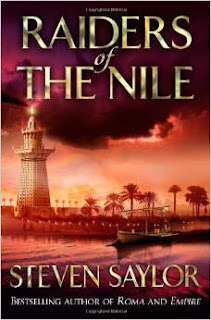 Steven Saylor was one of the first to write a series set in Ancient Rome.  He published Roman Blood in 1991 and followed it with about a dozen books taking the series from 80BC to 46BC.  In 2012 he wrote a prequel about the eighteen year old Gordianus (his detective known as Gordianus the Finder).  Raiders of the Nile  follows on that prequel and is set in 88BC when Gordianus had reached the age of twenty two.  He is living in Alexandria with his Egyptian slave Bethesda with whom he is besotted.

On his birthday Gordianus takes Bethesda out into the town and she disappears while they are at a play, where they have seen an actress, Axiothea, with an uncanny resemblance to Bethesda.  The actress's patron receives a ransom demand for her from the gang of the Cuckoo's Child who are presumed to be keeping her in their lair in the dangerous Nile Delta - the Cuckoo's Nest.  In fact they have kidnapped the wrong girl - Bethesda.

Gordianus's desire for a quiet life is thwarted, he must track down the kidnappers to get her back before they realise that she is not who they think she is.  The book begins with our hero participating in a raid to steal the golden sarcophagus of Alexander the Great - not because he wants to but because he has joined these brigands in order to find Bethesda.

The rich tapestry that Saylor provides really illuminates the world of Egypt at that time when civil war seemed imminent.  All the small details of life help one's understanding of the era - Bethesda and Gordianus speak Greek together as that is the only language they have in common, breakfast is hot farina cooked with goat's milk and mashed dates eaten with bread,  The ambience is very much a Geek and Egyptian one not Roman.

As always there are many twists and turns on Gordianus's quest making this an exciting adventure story in which things are not always what they seem.
------
Reviewer: Jennifer S. Palmer
As I have already indicated there are many other stories about Gordianus the Finder and there are other novels about Rome. 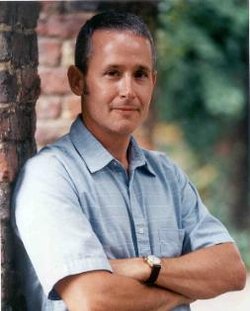 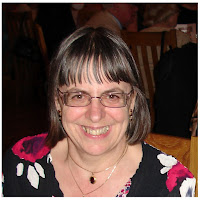