‘Coming, Ready or Not’ by Michael Fowler 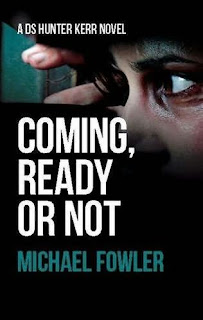 Gemma Cooke’s body is found in her kitchen with her throat slit and a knife embedded in her chest.  It seems like an open and shut case to the local police as her violent boyfriend is spotted running from the scene.  But as DS Hunter Kerr and his team dig deeper things become more complicated.  Another girl is then brutally attacked and murdered in full view of her flatmate.  Still the police don’t know who the perpetrator is, but a clue is left which turns DS Kerr’s views of the case upside down.  She is wearing some clothing belonging to his first girlfriend, one who was murdered 21 years previously.  The case is still unsolved and the memory of the past still haunts everyone involved.

With this discovery the story starts to unravel and series of unsolved murders and break-ins start to link together.

This is a nice example of what can sometimes be a tired genre; a classic police procedural, balancing the characters of the protagonists with a strong storyline about murder and the past.   Whilst the narrative evolves at quite a slow pace, required by the stages in a police investigation, the reader is led down some false trails but is never allowed to get bored.  The characters are nicely drawn and have real lives, even managing to have families or wives. This seems a rarity in the general trend of police procedurals which normally feature an embittered cop, living alone with an intimate relationship only with a bottle of whisky!

The descriptions are good, the characters believable, and the plots and subplots allow for an interesting read.  Michael Fowler writes with a nice flow.

This is the fourth book of the DS Hunter Kerr series and having followed the rest of the series I continue to look forward to the next.
------
Reviewer: Amanda Brown 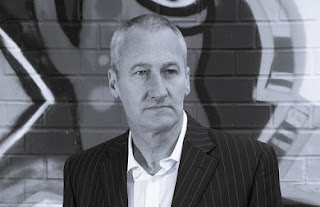