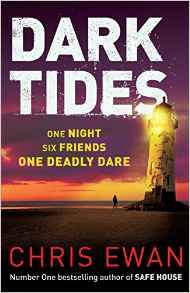 In 1995 when Claire Cooper was eight, her mother took Claire from door to door at Hop-tu-naa (the name of Halloween on the Isle of Man). That night Claire’s mother disappeared.
At fourteen, Claire is still struggling to come to terms with her mother’s disappearance. She is invited by a fellow schoolgirl, Rachel, to join her and 4 others who mark every Hop-tu-naa by performing dares.

The first dare is harmless: they drive to a remote part of the island, hide themselves in woods. They are dared to stand with eyes closed and accept what happens. Clair feels a hand brush across her chest.

Each year one of the group suggests another dare, but eventually a something goes dreadfully wrong. The group breaks up and the future changes for each of them.

Six years later; one of the friends is killed on Hop-tu-naa in an apparent accident. But Claire, now a police officer, has her doubts when she sees a footprint at the scene.  Another Hop-tu-naa brings another death and another footprint, Claire becomes convinced that somebody is seeking vengeance. But who? And which of the friends might be next? Can she to stop the killer?

The book starts in the present; Clair is searching a derelict cottage at night. The date is 31st October 2014, Hop-tu-naa. The timeframe moves from present-day to 2001 to 2003 to 1995.
The plot is tight. The novel is expertly written and the reader is drawn into Claire’s world with excellent descriptive writing and sense of place.
------
Reviewer: Sue Lord

Chris Ewan was born in Taunton in 1976, Chris graduated from the University of Nottingham with 1st Class Honours in American Studies with a minor in Canadian Literature, and later trained as a lawyer. He is an award-winning British author of eight novels. Chris was voted one of America's favourite British authors by a Huffington Post poll. He now lives on the Isle of Man with his wife, daughter and labrador, where he writes full time.
You can can also get in touch with Chris on Twitter @chrisewan or
email him at chrisewan@gmail.com 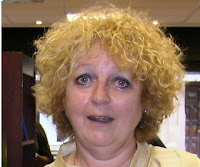