‘Down Among the Dead Men’ by Peter Lovesey 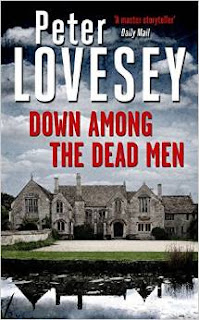 I read crime fiction not for the crime, but for the mystery - I love a mystery.  And that is what Peter Lovesey has certainly given in this book, it’s packed full of mystery.

We open in Brighton in 2007 with the demonstration to a car thief on the great new gizmo that can unlock cars from a distance.  I have now decided to go back to the old-fashioned method of just using a key.

In Chapter 2 we are at a girl’s school in Chichester where the students are delighted to hear that there art teacher Miss Gibbon has left and been replaced by a dreamboat called Tom Sandforth who drives an MG!

In Bath Det. Peter Diamond is informed by his boss Assistant Chief Constable Georgina Dallymore that she has been requested to conduct a sensitive investigation for another force.  Peter was on cloud nine, he hadn’t had a break from Georgina in years. The he fell off the cloud when she informs him that he is to assist her, in short they are going away together.    Being told he was next in line to being thrown to the lions would have given him greater pleasure.

Georgina gives him scant information about their mission but when she does disclose the target, he realises that it is the investigation into an officer he has worked with in the past.

As Diamond studies the circumstances surrounding the suspended officer, whom we feel Georgina has already convicted, we switch back to the art students as they revel in their new teacher who is broadening their art education in many ways – no longer vases of flowers, but nude models.

As the book progresses I became fascinated by the different facets, the characters of the students, the situation of the officer that is being investigated and Peter attempting wherever possible not to dine with Georgina, but in true Diamond fashion conducting his own investigation which we know will be fair, and for which eventually he will most likely let Georgina take the credit’.

I knew that a crime lurked somewhere, but couldn’t quite work out where, or what manner of crime it would be. Eventually Lovesey begins to skilfully pull together the threads of these unrelated incidents to reveal the crime, but there are many twists along the way before the satisfying conclusion is reached.

The book is rich in clues and humour, and above all mystery. This is a wonderful and compelling read crafted by a master of mystery and intrigue and I urge you all to read it.  Highly recommended.
------
Reviewer: Lizzie Hayes 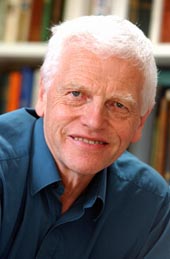