I have recently finished reading Sleep Tight a taut thriller by Rachel Abbot that I could not put down until I had devoured every page.  Below is my review.  If you would like to hear more about Rachel, do drop by my blog tomorrow when I have the pleasure of talking to Rachel about her life and writing.

Following the disappearance of her beloved husband Dan, Olivia Brookes has now married Robert who entered her life as she was coping with the loss of Dan, and then stood by her when a second tragedy occurred. Now she is calling the police to report her husband Robert and three children have disappeared.

The first six chapters of the book take us through Olivia’s panic and fear as the hours pass, and she knows that she has reason to think the worst, as she knows what Robert is capable of, but cannot share these fears with the police. As the investing officer’s conduct a routine search of the house for any clues as to where the children could be, they discover that some of the children’s clothes are missing.  But Olivia insists that Robert just took the children out for pizza.  However, Inspector Tom Douglas recalls an earlier call when the young Olivia reported the disappearance of her first husband Dan, and wonders.

Two years later, Tom Douglas now a Chief Inspector is called by his boss Chief Superintendent Philippa Stanley who tells Tom that they have a missing-from-home case.  But this time it is Olivia who has disappeared, and with her are the three children.  A report from the PC who went to check it out says it’s an odd situation, as her car is in the garage, and her purse is in her handbag – on the kitchen table. The police want to issue an appeal, but every single picture of this family has been removed from photo albums, phones, and computers.

The subsequent interviews with Robert and the evidence they find are all conflicting.  In fact they cannot even establish when she was last seen.  Then the forensic team find blood, and it turns into a murder hunt.

In the early chapters it quickly becomes apparent that Robert is utterly obsessed with Olivia.  So when Robert reports Olivia missing we are two years further on, and as the police investigate, slowly the last two years unfold revealing the frightening intensity of Robert’s obsession with Olivia.

The story is complex and has many twists, which makes compelling reading. I could not put this book down - heart in mouth as the tension mounts, and we reach the dramatic conclusion.  Highly recommended.
------
Reviewer: Lizzie Hayes 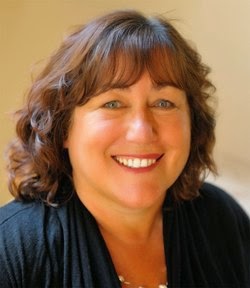 Rachel Abbott, whose real name is Sheila Rodgers, was born just outside Manchester. She spent most of her working life as the Managing Director of an interactive media company, developing software and websites for the education market. The sale of that business enabled her to take early retirement and fulfil one of her lifelong ambitions - to buy and restore a property in Italy. .She bought a ruined monastery with its own chapel in Italy, and completely restored it, in the process starting a very successful business renting it out for weddings and conferences.   She lived in Italy for some years before relocating to Alderney. In 2010 she fulfilled her ambition to write a novel with Only the Innocent and thus began her third successful career. She is a successful self-published author of crime novels, with a strong women’s slant.  Her first  novel, Only The Innocent, went to no 1 in e-book format on Amazon.  She has published three novels so far: Only The Innocent, The Back Road and Sleep Tight.  The fourth, Stranger Child, comes out in e-book at the end of February.