'Dark Dawn' and 'When Sorrows Come' by Matt McGuire


Two Novels by Matt McGuire reviewed by Radmila May

Both these novels feature Detective Sergeant John O’Neill of the Police Service of Northern Ireland (PSNI). They belong to the tough city, tough cop, tough villain genre of crime writing. Of that genre they are taut well-written examples. Although some of the characters achieve some sort of redemption, the portrayal of post-Troubles Belfast,  where chronic alcoholism and all-pervasive drug abuse provide the warp and weft of a gloomy tapestry, is bleak and dark. 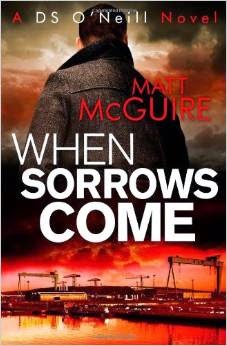 Belfast 2005. By a building site near the River Lagan a young boy lies dead, beaten to death. No name, nothing to identify him. This is  O’Neill’s his first case as Principal Investigating Officer, a tough call since some of his seniors want him to fail in order to justify sending him back to the uniformed branch or even getting him out of the PSNI altogether. But, although the Troubles are over, the violence and gang-beatings continue, now a feature of the drugs-related criminality into which all too many of Belfast’s inhabitants have been sucked ranging from youthful drug dealers like the young hoodies Marty and Petesy to the business interests who are making a fortune out of the city’s rebuilding. Meanwhile, Joe Lynch, former hitman for the IRA, is back in Belfast, unemployable because of his record, unable to settle, not knowing what he wants from life except that he does not want be drawn into the gang violence that has replaced the sectarian violence that had forged his reputation as a hard man. But it is because of that reputation that the gangs want him.

Belfast again, some years later. In the aptly-named Tomb Street another young man dies, this time from knife wounds. His identity is known - Jonathan McCarthy, trainee solicitor and only son of the prosperous businessman Richard McCarthy; consequently a very high profile murder and one which O’Neill, who has been assigned to the case, is under pressure from Chief Inspector Wilson to solve quickly. O’Neill’s colleague Inspector Ward, nearing retirement but still devoted to the job, is more understanding of the complexities. Ward, however, is still seething with resentment at the terms of the Good Friday Agreement which brought the Troubles to an end although the tremors caused by the still existing fault lines constantly rumble below Belfast’s growing prosperity. And, unknown to anyone, Ward has been receiving threatening communications in the form of sympathy cards as has his old friend and former colleague Pat Kennedy. They both suspect that behind the cards is major-drug supplier Johnny Tierney. And behind Tierney is the crime-lord Gerry McCann. Ward and Kennedy would dearly like to nail both McCann and Tierney. Meanwhile the young hoodies Marty and Petesy reappear. Marty is still dealing drugs supplied by Tierney but he would like to avenge the injuries to his friend Petesy who was crippled in a beating by Tierney (not to mention setting up as an independent drug dealer): a highly risky enterprise but one in which Marty, full of hubris, thinks he can succeed. And while O’Neill and Ward are determined, whatever the risk to themselves, to unravel whatever it was that Jonathan McCarthy was involved in, at the same time O’Neill has to cope with the aftermath of the break-up of his marriage, the hostility of his wife Catherine and the difficulties of maintaining contact with his young daughter Sarah.
------
Reviewer: Radmila May 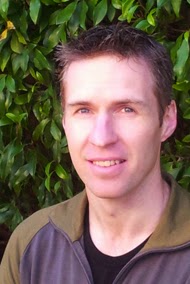 Matt McGuire was born 1981 in Belfast, Matt has worked as a barman, an encyclopaedia salesman, and since 2006, a lecturer in English Literature at the University of Glasgow. He is the author of a number of non-fiction books, including Contemporary Scottish Literature (Macmillan, 2009) and editor of The Everyman Book of Irish Poems (Random House, 2011).