‘Life or Death’ by Michael Robotham

Audie Palmer escapes from prison, the day before he is due to be released.  It makes no sense.  He has served 10 years for an armed robbery in which four people died including two of the gang.  The five million dollars has never been recovered, five million dollars in used notes destined to be destroyed – untraceable.

During his ten years in prison, many attempts have been made to kill Audie. He had been stabbed, beaten and repeatedly threatened, but he has miraculously survived.  But now he is on the run and everyone is chasing him, convinced he knows where the money is.

It took me a while to get a handle on this book.  Audie’s story unfolds very slowly being divulged only as something triggers a memory that reveals another chapter in his life.  As the story develops it becomes clear that Audie is a stoic, clever and principled man.  So why was he involved in armed robbery?

As Audie is hunted by Police, Sheriffs and just about every law enforcement agent in the US, it becomes clear that there is more than just money at stake, and that no one wants to capture Audie, they all just want him dead. Except for one FBI agent who begins to dig a little deeper.

I was totally gripped by this book.  When the pieces come together, I was stunned by the meticulous plotting. Michael Robotham is a truly marvellous writer.  Highly recommended.

This fascinating story was further enhanced by the narrator John Chancer, who with his range of voices, brought the characters to life.  His portrayal of Audie Palmer, was masterly.
------
Reviewer: Lizzie Hayes 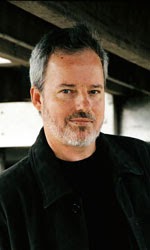 Michael Robotham  was born 9 November 1960 in Casino, NSW, and went to school in Gundagai and Coffs Harbour. In February 1979 he began a journalism cadetship on The Sun, an afternoon newspaper in Sydney. In 1986, Michael went to London where he worked as a reporter and sub-editor for various UK national newspapers before becoming a staff feature writer on The Mail on Sunday in 1989. He rose to become deputy features editor before resigning in May 1993. He went on to become a ghostwriter, collaborating on fifteen "autobiographies" for people in the arts, politics, the military and sport. Twelve of these titles became Sunday Times bestsellers. In 1996 he returned to Australia with his family and continued writing full-time. In 2002, a partial manuscript of his first novel The Suspect, became the subject of a bidding war at the London Book Fair. It was later translated into 22 languages and sold over a million copies around the world. 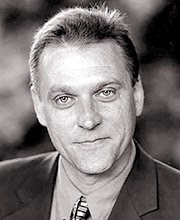 John Chancer is the award-winning narrator of many audio books and has a long association with the thereat from both sides of the Atlantic. John's recent television appearances have included Broken News, Spooks, The Long Firm, and William and Mary, while a few of his recent films are Unstoppable, Grim, and Project: Shadowcaster. He has also been heard on many radio dramas, documentaries, and cartoons in Britain and the US.