‘The Unwitting’ by Ellen Feldman 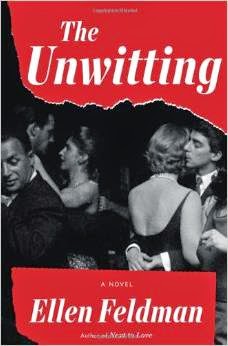 On November 22 1963 President Kennedy was assassinated in Dallas, Texas. On the same day, Nell Benjamin, journalist, wife, mother, living in New York receives a telephone call from an unknown person in a voice ‘muted with pity and grave with the knowledge of the many ways that life can turn on a dime.’

But the story of Nell and husband Charlie begins before that, in 1947 when they meet at a party and are immediately attracted to each other and fall in love. They are after all ideally suited to each other, both left-wing idealists, anxious to strive for the causes they believe in. And the time is right: the Cold War is beginning and unease about communism at home is turning into hysteria, the nascent civil rights movement is beginning to take shape, and anti-Semitism is still a force despite the horrors revealed by the Nuremberg Trials. This last is particularly relevant for Charlie; his parents escaped from Europe before the War but most of his extended family perished in the Holocaust. The only issue which is not yet recognised as such but is well portrayed in the book is the ugly, often brutal, male sexism which was prevalent in all circles.

Charlie and Nell marry and have a baby - Abby - and are ‘slap-happy with love.’ Charlie becomes editor of the liberal literary magazine Compass, supported by the charitable organisation, the Drinkwater Foundation. Nell is now writing hard-hitting articles for ­Compass. And there is plenty to hit hard  about: Senator McCarthy is on the rampage and although he falls, the House Un-American Activities Committee has unleashed a rabid witch-hunt, there is the appallingly violent reaction in parts of the US to growing demands for civil rights for African Americans, and the catastrophic American involvement in Vietnam is beginning. Nell and Charlie are fully involved in these events; this leads Charlie to be called to Washington for interview by the FBI although he is cleared. Liberal though Nell and Charlie are, neither has any time for USSR-style communism especially after Nell witnesses in Leningrad a particularly savage example of Soviet repression of dissidents. But there are indications that not all is as it seems: Charlie seems troubled although Nell can’t put a finger on why, there are his unexplained absences from home, his tendency to tone down some of her articles, and his apparent close friendship with the WASP Elliott McLellan, director of the Drinkwater Foundation is puzzling. However, Nell chooses to turn a blind eye.

Then, on November 22 1963, Nell’s life changes forever. She has to come to terms with the knowledge that Charlie had compromised his liberal ideals. Or had he? And if so, how much? And, in the end, evaluating their relationship, did it really matter?

This beautifully-written novel is hardly a crime story. Instead it is very much an examination of the intertwining of love and politics with the turbulent events of the time adding extraordinary life and vigour to the narrative. I thought it was excellent. Highly recommended.
------
Reviewer: Radmila May 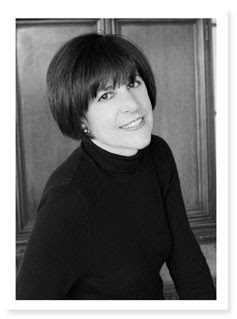 Ellen Feldman, grew up in northern New Jersey and attended Bryn Mawr College, from which she holds a B.A. and an M.A. in modern history. After further graduate studies at Columbia University, she worked for a New York publishing house. She  is the author of  The Unwitting, Next to Love, Scottsboro,  which was shortlisted for the Orange Prize, The Boy Who Loved Anne Frank, and Lucy. She writes both fiction and social history, and has published numerous book reviews. Ellen has lectured extensively around the country and in Germany and England.  She enjoys talking to book groups in person, on the phone, or via the web.
Ellen She lives in New York City and East Hampton, New York, with her husband and a terrier named Charlie. She is currently at work on Terrible Virtue, a novel about Margaret Sanger.

http://www.ellenfeldman.com
Posted by Lizzie at 22:58