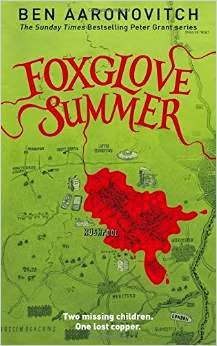 Police Constable Peter Grant serves with a very unusual detective branch of the Metropolitan Police. He and his boss, Thomas Nightingale, are just about the only members of the Falcon Squad, a highly secretive unit whose remit is to investigate possibly criminal situations which may involve the paranormal. In this, the fifth book of the series, Peter is sent out of London, far from his familiar haunts, to rural Herefordshire where two young girls have disappeared from their homes in the idyllic village of Rushpool. Although there is nothing at the outset to indicate a paranormal element, Peter’s task is to lend a hand in the police investigation and to keep an eye out for anything that might indicate a paranormal element. Unsurprisingly, the local police force is at first extremely dubious about Peter’s involvement and anxious to prevent the media from getting to hear about him, but they do him assign him a position as assistant Family Liaison Officer to one of their own, Detective Constable Dominic Croft. At first Peter can find no trace of anything paranormal; the aged war hero and local wizard, Hugo Oswald, has no inkling of anything unusual and Peter’s own magic skills and powers of extra-sensory perception do not reveal any clues. But then the mobile phones of the two girls are found and Peter, using his powers, establishes that they have been ‘done in by magic.’ This is the only clue as to what has happened to them. By now the police are desperate and encourage Peter to commence a full Falcon investigation. And Nightingale sends Peter’s colleague, current girlfriend, and (incidentally) river goddess Beverley Brook to support him. The pace now quickens and Peter, Beverley and Dominic are drawn into a parallel world of ghostly woods, vicious cart-horse sized unicorns with a taste for raw meat, changelings, and finally the menacing Fairy Host with their terrifying Queen.

I enjoyed the author’s first book, The Rivers of London, in which Peter is inducted into the world of magic policing. This book is equally enjoyable - so long, that is, as readers do not take the paranormal too seriously. Recommended.
------
Reviewer: Radmila May 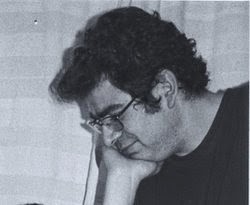 Ben Aaronovitch was born in 1964. Discovering in his early twenties that he had precisely one talent, he took up screenwriting at which he was an overnight success. He wrote for Doctor Who, Casualty and the world's cheapest ever SF soap opera Jupiter Moon. He then wrote for Virgin's New Adventures until they pulped all his books. Then Ben entered a dark time illuminated only by an episode of Dark Knight, a book for Big Finish and the highly acclaimed but not-very-well-paying Blake's 7 Audio dramas. Trapped in a cycle of disappointment and despair Ben was eventually forced to support his expensive book habit by working for Waterstones as a bookseller. Ironically it was while shelving the works of others that Ben finally saw the light. He would write his own books. Henceforth, subsisting on nothing more than instant coffee and Japanese takeaway, Ben embarked on the epic personal journey that was to lead to Rivers of London (or Midnight Riot as it is known in the Americas).
Ben Aaronovitch currently resides in London and says that he will leave when they pry his city from his cold dead fingers.
Posted by Lizzie at 14:09