‘The Silence’ by Sarah Rayne 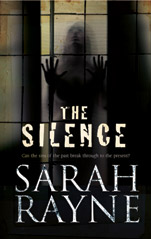 Although Stilter House is set in a remote part of Derbyshire, it is the house where antiques dealer Nell West’s dead husband spent much of his childhood, so she is more than happy to visit (with her young daughter Beth) to value the contents.

The house stands on the ground which a much older property  -  in which Isobel Acton committed murder; - once stood, but Nell is unaware that the house is said to be  haunted.

When Michael Flint, Nell’s lover, receives a letter telling him that Nell and Beth shouldn't go to Stilter House ‘because ‘Esmond is still there’ Michael is alarmed. Unable to contact Nell, or the writer of the letter, to obtain more information, Michael decides to leave Oxford and follow Nell to Derbyshire to warn her.

But already Nell has experienced some very odd incidents and is worried about Beth, who has made a friend, a young boy who plays the piano.

Eerie, scary, macabre, this is Sarah Rayne at her best. Slowly the events of the past unravel, and in horrifying detail we learn the secrets of Stilter House.  This is the third in this haunting series and is as unputdownable as the earlier two.
-------
Reviewer: Lizzie Hayes
Earlier books in the series are: Property of a Lady, The Sin Eater. 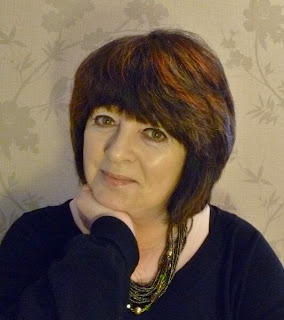 Sarah Rayne began writing in her teens, and after a Convent education, which included writing plays for the Lower Third to perform, embarked on a variety of jobs. Her first novel was published in 1982, and since then she has written more than 20 books, including eight psychological thrillers, which have met with considerable acclaim, including the nomination to the long-list for the prestigious Theakston’s Crime Novel of the Year 2005 for Tower of Silence, (originally published in 2003). In 2011, she embarked on a series of books with a ghost-theme, featuring the antique dealer, Nell West, and the Oxford don, Michael Flint, who first make their appearance in Property of a Lady.
http://www.sarahrayne.co.uk