‘Spies of Warsaw’ by Alan Furst 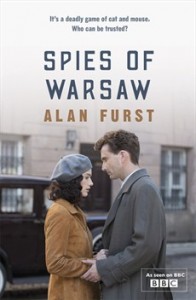 Poland, 1937, is on a tightrope between two hostile powers, Nazi Germany and the Soviet Union . Warsaw, the country’s capital, is seething with rumours, plots and counterplots. It is the job of Jean-Francois Mercier, military attache at the French Embassy, to learn what he can of German plans for rearmament. He recruits what spies he can, German nationals, some activated by greed such as Edvard Uhl who wants money to keep his mistress, the so-called Countess Sczelenska, others by moral outrage at or political opposition to the Nazi regime. Mercier, as spymaster, has to keep everything in play which includes trips into Germany, the heart of danger, to fnd information and make contacts, and helping the escape of those of his spies unlucky enough to incur the suspicions of the Gestapo. Moreover, he must try and convince his remarkably obtuse superiors in Paris that the danger is not only to Poland but to France herself. Then Mercier is secretly contacted by the Rozens, an elderly Jewish couple, long time Bolsheviks and spies for the Soviet Union: they have been summoned back to Moscow where Stalin is purging his former comrades, the Old Bolsheviks, in a series of show trials. Mercier is prepared to help them escape in return for the information they have gleaned for the Soviet Union. And throughout all this there is the growing love between Mercier and the Polish Anna Szarbek, a lawyer with the League of Nations.

This novel was first published in 2008 and was made into an exciting TV thriller recently shown on BBC4. It is one of a number of novels by Furst set in the period leading up to and including World War II, many of which feature Eastern Europe locations. I thought it was excellent, well-written and interesting. Highly recommended.
------
Reviewer: Radmila May
Other novels by Alan Furst include Spies of the Balkans, Mission to Paris, The Polish Officer. 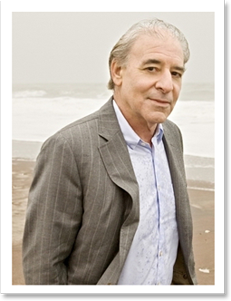 Alan Furst has lived for long periods in France, especially in Paris, and has travelled as a journalist in Eastern Europe and Russia. He has written extensively for Esquire and the International Herald Tribune.
http://www.alanfurst.net/