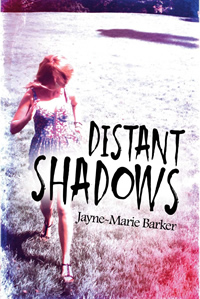 In 1935 two men commit an armed robbery in the course of which one of the robbers kills the night watchman. Neither man is ever caught, each successfully masking his identity for many years. But murder will out . . .  eventually.

The murder is recounted in the prologue to this novel, the remainder of the story being told in two parallel narratives, 1957 and present-day. In the present day, Zoe Peterson is surprised and puzzled when she is at her grandparents house and two policemen call, Detective Inspector Bygrave and the dynamic and handsome Detective Constable James Clark to whom Zoe is instantly attracted, a feeling which he clearly reciprocates. It appears that the perpetrator of the 1935 murder is still alive and has written to confess his crime, but he still hiding behind an alias, and the police think that Zoe’s grandparents may be able to help them even though neither was alive at the time of the robbery. In the 1957 narrative a young woman named Cathy Redwell is starting a new job but is aghast to find that her boss is Stephen Adams - 5 years previously they had fallen profoundly in love only for Cathy to discover that she is Stephen’s illegitimate half-sister. Now their passionate attraction to each other still endures but Cathy cannot bear either to tell Stephen the truth or to pretend that their love can ever be fulfilled.

The author avoids any confusion between the two narratives by putting one in the first-person present tense and the other in the third-person singular past tense. At the same time a number of important issues are raised in both narratives.
------
Reviewer: Radmila May
Also by the author: Beneath the Daisies.

Jayne-Marie Baker writes mystery thrillers with a romatic twist, and has an unlimited capacity to adore cold cases and double time lines. She enjoys murder mysteries minus the blood and guts, loves all things literary, cats, elephants and butterflies. As a creative person, she enjoys reading as much as writing it, dancing, spending time with her family and friends, and looks forward to the future with ambition and hope.
www.jaynemariebarker.com