‘Something You Are’ by Hanna Jameson 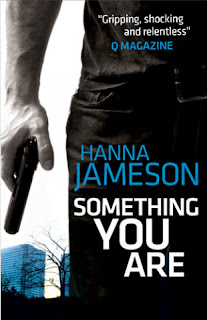 Every book should be judged on its merits, without taking into account the publisher’s marketing hype. But once in a while, there’s a piece of information in that promotional ballyhoo which becomes impossible to ignore. So it is with Hanna Jameson and her debut novel. She was just seventeen years old when she wrote it: an achievement worth trumpeting by any standards, and one which intruded over and over again as I read the book. Not because there’s any evidence of inexperience or naivety: rather the opposite. Jameson is clearly a born writer, with all the necessary skills firmly in place.

Emma Dyer has been brutally murdered, and her father wants revenge; he employs ruthless hit-man Nic Caruana to hunt down the killer. Nic becomes more closely involved with Emma’s family and friends than is comfortable, and narrowly averts serious trouble as he pursues his mission.

Jameson creates a scenario, a character set, a plot with the surest of hands. The prose is crisper, more fluent and better constructed than I’ve found in many a novel by people two or three times her age; and she creates an all too believable world in powerful and horrifying detail. That unsavoury world was what gave me a problem. They call it noir, but it’s much blacker than that. In this world graphic violence is routinely the solution to a dispute, and occurs so often that the characters take it in their stride and cleaning up the consequences is no more of chore than vacuuming the carpet. It’s a world where every other sentence spoken contains the f-word and worse; where hard drugs and firearms are everyday currency, and self-harm and casual sex are a way of life. And there isn’t a single character to like.

Jameson’s account of it makes the reader see, smell and taste it in all its seedy, often sickening detail, in much the way Simon Kernick and Andrew Grant have before her. I was all too ready to believe that people like Dyer, Caruana and bent cop Brinks exist, and that this down-and-dirty underworld is based on a reality most of us prefer to sidestep. But I could hardly bear to think that a girl of seventeen would know about such things, or have the imagination to create them on the page. The problem, which shouldn’t be a problem at all, is that she does it so well. It’s compelling and riveting; it grabs the reader and holds the attention.

It’s not for the faint-hearted or weak-stomached. But on this showing, Hanna Jameson will go far.
-------
Reviewer: Lynne Patrick 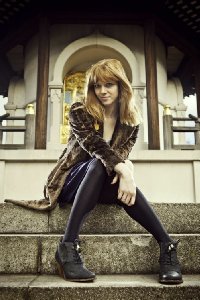 Hanna Jameson is 22 and lives in Brighton, where she studies American History & Literature at University of Sussex. She is quite uncomfortable with referring to herself in the third person. She loves whiskey, Nick Cave, ballet, Breaking Bad, airports... She has good hair. She also swears frequently, so sorry about that.