‘No Mark Upon Her’ By Deborah Crombie

In the opening pages of Deborah Crombie’s 14th novel, DCI Rebecca [“Becca”] Meredith, an Olympic contender and a senior officer in West London’s Major Crimes unit, is found dead in the waters of the Thames near her home in the town of Henley, 35 miles from London.  The events that follow take place, amazingly, over a period of about a week.  I say ’amazingly’ because so much happens, in a terrifically plotted novel.  The case falls to Detective Superintendent Duncan Kincaid, of Scotland Yard’s Murder Investigation Team, with some aspects of it falling to his bride, Gemma James, DI with the Notting Hill Police.

The book is filled with wonderfully drawn characters, including not only both the protagonists but also Kincaid’s partner, Sgt. Doug Cullen, about to become a first-time homeowner and nervous at the prospect; Gemma’s colleague, Melody Talbot; Becca’s ex-husband, Freddy; Kiernan Connolly and Tavie Larssen, members of the SAR [Search and Rescue], or K-9, team as well as its four-legged members, Finn, a Labrador retriever and Tosh, a German shepherd, every bit a part of the plot as are their human partners.

The common thread among several of the characters is a love of – in fact, a passion for – rowing or, to be more specific, sculling, a very specific skill employing the use of sleek racing shells, apparently a world of its own.  Just how much so is made very clear through the author’s use of quotes, preceding the start of most chapters, from various publications on the subject, as well as Ms. Crombie’s own prose in the early pages, describing the victim shortly before she is killed:  “she sat backwards on a sliver of carbon fiber narrower than her body, inches above the water, and that only her skill and determination kept her fragile craft from the river’s dark grasp.”

The James/Kincaid family dynamic of ‘his’ [Kit], ‘hers’ [Toby - - their respective 14-year-old sons], and ‘theirs’ [Charlotte, the mixed-race 3-year-old foster child they are planning to formally adopt], is a constantly active one that makes the protags’ personal lives every bit as engaging as their professional ones.

The author comments “Things were always so much more complicated than they appeared on the surface,” and employs mini-cliffhangers throughout, maximizing the suspense, as well as some shocking revelations, producing several OMG moments.  But I’ll leave those
discoveries to the readers of this highly-recommended novel.
------
Reviewer: Gloria Feit 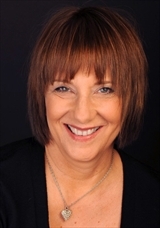 Deborah Crombie was born in Dallas and grew up in Richardson, Texas, a suburb north of Dallas, the second child of Charlie and Mary Darden. A rather solitary childhood (brother Steve is ten years older) was blessed by her maternal grandmother, Lillian Dozier, a retired teacher who taught her to read very early. After a rather checkered educational career, which included dropping out of high school at sixteen, she graduated from Austin College in Sherman, Texas, with a degree in biology.
She then worked in advertising and newspapers, and attended the Rice University Publishing Program. A post-university trip to England, however, cemented a life-long passion for Britain, and she immigrated to the UK, living first in Edinburgh, Scotland, and then in Chester, England.
After returning to Dallas and working for several years in her family business (manufacturer’s reps for theater concessions) while raising her daughter Kayti, she wrote her first Detective Superintendent Duncan Kincaid/Sergeant Gemma James novel. A Share in Death (Scribner 1993), was subsequently given Agatha and Macavity nominations for Best First Novel of 1993. All Shall Be Well, Leave the... 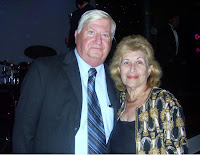