‘Tooth for a Tooth’ by T F Muir 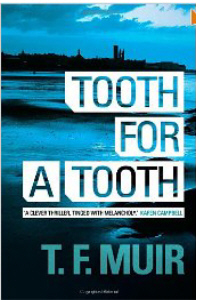 With the discovery of a woman’s skeleton in a shallow grave, the case is assigned to Detective Chief Inspector Andy Gilchrist. When visiting the grave, although all forms of identity have been removed from the body, Andy does find a piece of evidence that he assumes must have been overlooked.

The Post Mortem dates the skeleton as thirty plus years, invoking memories for Andy of the death of his brother killed in a hit and run 35 years ago. No one was ever brought to account.  As Andy seeks to indentify the skeleton, he begins to fear that his brother could be linked to the crime.  Could his brother be the girl’s killer?  And so Andy finds himself forced to face the unthinkable.

Whilst he is grappling with the possibility of his brother being the killer, someone has it in for him, and loses no time to implicate him in evidence-tampering, with the result that Andy is suspended pending am investigation.

When the girl is identified there are many twists and turns as Andy tries to reconstruct the events of thirty-five years ago. As his investigations proceed he uncovers many contradictions as he attempts to unravel the web of deceit surrounding the events of the past. Racing against time, the story culminates in a stunning edge-of-your seat climax. Highly recommended
------
Reviewer: Lizzie Hayes 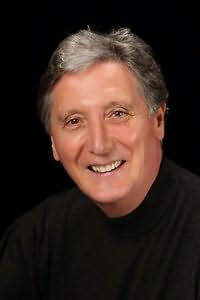 T F Muir was born in Glasgow. Frank was plagued from a young age with the urge to see more of the world than the rain sodden slopes of the Campsie Fells. By the time he graduated from University with a degree he hated, he’d already had more jobs than the River Clyde has bends. Short stints as a lumberjack in the Scottish Highlands and a moulder’s labourer in the local foundry convinced Frank that his degree was not such a bad idea after all. Twenty-five years of working overseas helped him appreciate the raw beauty of his home country. Now a dual US/UK citizen, Frank divides his time between Richmond, Virginia, and Glasgow, Scotland, carrying out research in the local pubs and restaurants. Frank is currently doing some serious book research in St Andrews' local pubs, and working on his next novel, another crime story suffused with dark alleyways and cobbled streets and some things gruesome.