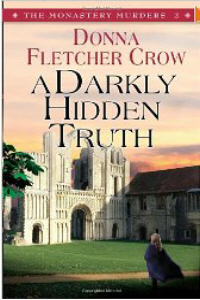 This is the second in the series of The Monastery Murders but it is perfectly readable if you have not (as I have not) read the first book. The characters are clearly shown from the beginning here so that no knowledge of their previous adventure is needed other than references they themselves make. The heroine Felicity is a lively modern American young woman in Britain who is considering the possibility of becoming a nun. She soon finds that the path to acceptance in a nunnery is long and complex! She also begins to realise that her own rashness leads her into directions where she is blinded to reality. Her friend Antony is not, and is unhappy with her desire to be a nun.
The story also refers back to the past, specifically to the lives of the Fifteenth century mystic Julian of Norwich and the contrasting female pilgrim, Margery Kempe. In the present day Felicity and Father Anthony are searching for a stolen icon in a whirl of travel around England. Much Christian Church background is given as the tale progresses. The arrival of Felicity’s mother from the USA with a family dilemma and the disappearance of their friend Neville complicate the story. They are caught up in a maelstrom of frightening events as they are menaced by unknown assailants and discover bodies. The story reaches a satisfactory conclusion as the villains are unmasked and Felicity recognises her real vocation.
------------------
Reviewer: Jennifer S. Palmer
The first book of the Monastery Murders is called A Very Private Grave. 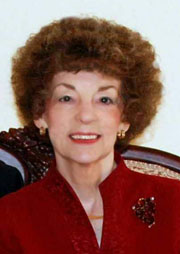 Donna Fletcher Crow majored in English and became a starry-eyed English teacher, aspiring to inspire her students to a love of great literature before she retired to become a full time mother.  The writer that really catapulted her into writing, was Gerogette Heyer. Her Venetia became the springboard for her first novel Brandley's Search, reissued later as Where Love Begins, That book grew into the six-book Cambridge Chronicles series. Donna wrote four mysteries in the early '90s, but still considered herself primarily a historical novelist. But she found her leisure reading told the true story. The adage to "write what you like to read" was working itself out in her reading, Wilkie Collins, Dorothy L. Sayers, Josephine Tey, Margery Allingham all turned her focus more sharply to mystery writing.

Jennifer Palmer. Throughout my reading life crime fiction has been a constant interest; I really enjoyed my 15 years as an expatriate in the Far East, the Netherlands & the USA but occasionally the solace of closing my door to the outside world and sitting reading was highly therapeutic. I now lecture to adults on historical topics including Famous Historical Mysteries.