‘Standing in Another Man’s Grave’ by Ian Rankin 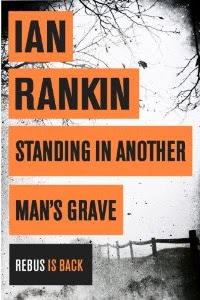 This is the long-awaited resurrection of John Rebus, coaxed back into service after five years of retirement through the back door of Cold Case Unit, the Scottish equivalent of  U.C.O.S. of BBC’s  ‘New Tricks’.

One notable difference between Rebus’s debut in 1987 and this volume is the sheer length of the book. At 210 pages, ‘Knots and Crosses’ was a mere 18 pages longer than the almost obligatory 192 pages for a crime novel at the time. This, the 19th Rebus epic, runs to 452, considerably larger, pages and it is this difference that ultimately defines the work.

Rankin has also used the clever marketing ploy of introducing his new character, Malcolm Fox of the Complaints Dept, into the action in the hope of alerting readers to the other series. This is something I once did myself, when DCI Glass made a guest appearance in one of my Johnny Ace novels. I can’t recall whether Agatha Christie ever had Poirot run into Miss Marple.

Many of the old characters are back.  Rebus’s onetime nemesis, Cafferty, is now his fortnightly drinking companion. Siobham Clark, now a D.I., is dealing with a missing girl case. And in the middle of all this, a lady approaches Rebus about her own daughter who has been missing for fifteen years. A cold crime case indeed except this lady has worked out that several girls have gone missing over a period of time in the same area, alongside the A9, and the latest one is Clark’s current missing person case. Furthermore this girl has gangland connections that interest Rebus and so Rebus and Clark embark upon a long trail to the Highlands to look for clues.

Now the disadvantage of such a long book is the reader is in danger of burn-out halfway through as everything is described in meticulous detail and every path is re-trodden until one wonders why Rebus couldn’t solve the case in 200 pages like he used to. Perhaps he was getting too old.  But then, by about page 250, after I had been put off going any further North than Wishaw again in my life, I started to get totally absorbed into the plot and turned the pages feverishly like it was somebody’s diary and I dare not miss one day of the action as it unfolded.

Rebus has applied to return to CID, the retirement age having been raised. It may take him 600 pages next time but, if so, stick with it. It will probably be worth it.
-----
Reviewer: Ron Ellis 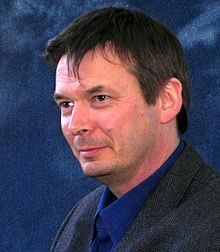 Ian Rankin  was born in the Kingdom of Fife in 1960, Ian Rankin graduated from the University of Edinburgh in 1982, and then spent three years writing novels when he was supposed to be working towards a PhD in Scottish Literature. His first Rebus novel was published in 1987, and the Rebus books are now translated into twenty-two languages and are bestsellers on several continents. Ian Rankin has been elected a Hawthornden Fellow, and is also a past winner of the Chandler-Fulbright Award. He is the recipient of four Crime Writers' Association Dagger Awards including the prestigious Diamond Dagger in 2005. In 2004, Ian won America's celebrated Edgar Award for 'Resurrection Men'. He has also been shortlisted for the Edgar and Anthony Awards in the USA, and won Denmark's Palle Rosenkrantz Prize, the French Grand Prix du Roman Noir and the Deutscher Krimipreis. Ian Rankin is also the recipient of honorary degrees from the universities of Abertay, St Andrews and Edinburgh.
A contributor to BBC2's 'Newsnight Review', he also presented his own TV series, 'Ian Rankin's Evil Thoughts'. He recently received the OBE for services to literature, opting to receive the prize in his home city of Edinburgh, where he lives with his partner and two sons. 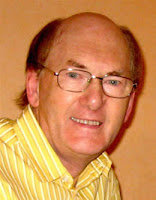 Ron Ellis is the author of the  Johnny Ace books which are engrossing page-turners full of Liverpool atmosphere while mixed in with the fictional characters are real life Mersey musicians and places Beatles fans will be familiar with. The Singing Dead, in particular is a fascinating mystery concerning the discovery of a tape containing unreleased songs performed by a young John Lennon. Other Ace mysteries include Mean Streets, Ears of the City and Framed. Once you’ve read one you’ll want them all! Ron is a very busy fellow and is running a course for Liverpool University on ‘Pop Music in Britain 1945-80’, in addition to penning reports on Southport FC for local papers, running a property company in London’s Docklands and doing the odd bit of acting, photography, public speaking, broadcasting and D-J’ing. Some years ago Ron also acted as researcher for the Albert Goldman book ‘The Lives of John Lennon.’ Goldman sent him the names of people he wanted him to trace and interview on his behalf, including friends and relations of Lennon. He also had to find copies of records and books that had an influence on John in his formative years and take photographs of significant people and places. This led to him working on the project for four years, sometimes three or four nights a week, traveling to London, Scotland and Hamburg following up leads and interviewing everyone he could find with a connection to Lennon and a story to tell.
Posted by Lizzie at 16:57