‘The Silence’ by Alison Bruce 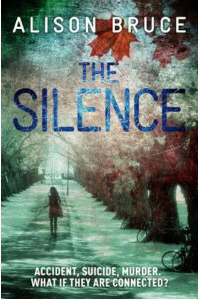 The killing of Joey McCarthy in a parking lot has remained an unsolved crime put down to a random an act of violence.

Four years later with the death of her mother from cancer, and within a short space of time the suicide of two friends, Charlotte Stone’s life is disintegrating so she tries to reconcile her brother Matt with her Dad.

The report of a missing housemate brings DC Gary Goodhew to the home of seven housemates, a mix of first-year students attending Anglia Ruskin University. While some of the housemates grew up together like Matt and Libby, others are strangers, with Shanie from Indiana in the USA, and Gunvald from Oslo. Interviewing each of the housemates Gary learns the identities of the two suicides which bring back deeply buried memories, and take him into the orbit of Charlotte Stone. Together they begin to question if these tragedies could be linked.  This in turn confronts them with the possibility that the suicides were orchestrated, and if so who is next?

There are multiple third person narratives, interspersed with emails from Libby to a friend called Zoe – these email narratives provide a background to the suicides and the lives of the house mates.  The exploration of these relationships is a powerful part of the story, and as Gary investigates surprising information emerges, but nothing prepared me for the ending.

Complex and well-plotted, this entry in the series is highly recommended.
----
Reviewer: Lizzie Hayes
Earlier books in the series are, Cambridge Blue, The Siren, and The Calling 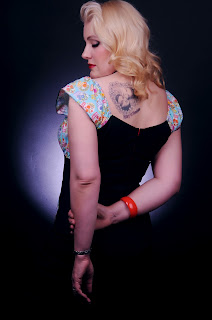 Alison Bruce moved to Cambridge in 1998, where the DC Goodhew series is set.  Prior to writing her crime series, Alison had studied in around Cambridge researching  for two non-fiction books, Cambridge Murders, and The Billingtons, Death in the Family.
Alison has two children, enjoys writing songs and playing poker.
Posted by Lizzie at 11:07