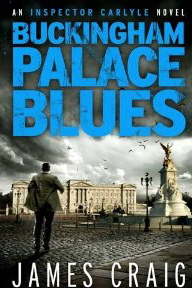 Jogging through London near Buckingham Palace on his day off, Inspector John Carlyle notices a young girl maybe nine or ten- years old sitting on a bench. On his next circuit she is still there, as there is no one close to her, he approaches her, but she does not understand English, so he calls it in.

This chance encounter leads Carlyle to a child-trafficking ring that seems to be linked to SO14, the Royal Protection Unit that polices Buckingham Palace.  Carlyle had at one time been part of SO14, so in investigating this lead he comes up against former colleagues, and they don’t all have good memories of him.

His boss Superintendent Carole Simpson gives him a limited time to investigate. Seeking the identity of the young girl leads him to Ukrainian gangsters, but when further investigations uncover possible links to members of the British aristocracy he knows that he is operating on borrowed time. Carole has her own problems with her husband in prison for fraud she is conscious that she can’t afford to put a foot wrong. Indeed she is lucky to have retained both her job and position within the police force.

I have reviewed both the two earlier books in this series and this is well up to the high standard of those earlier books.  Carlyle is a great character in that he is just an ordinary guy doing a job, but just occasionally he is superb. Although, all he wants is to put in a good days work and then go home to his wife Helen and his daughter Alice, just sometimes even though he doesn’t want to, and when no one is making him do anything, he goes the extra mile.  His passion for Danish pastries is legendary.

The story has both its tragic moments and many humorous ones, which is what life is made up of, and makes the story so believable.  As with the earlier books, which if you haven’t yet read I urge you to do so, I read this in one sitting, unable to put it down. This is a real page turner. I cannot recommend this book too highly.
----
Lizzie Hayes 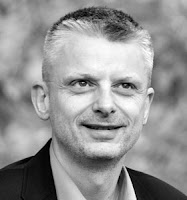 James Craig was born in Scotland, but has lived and worked in London for thirty years. He worked as a journalist for ten years and as a TV producer for five. He lives in Covent Garden with his wife and daughter.