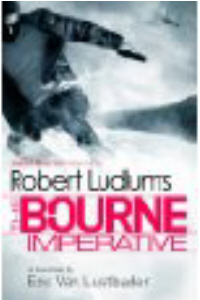 I read the earlier books by Robert Ludlum in the 1970’s and by the time he wrote The Bourne Identity I was a huge fan. But following his death, although I was aware that Eric Van Lustbader was continuing the series featuring Jason Bourne, I never felt any compunction to read them. However, when The Bourne Imperative was sent to me for review I decided to give it a go.

Jason Bourne pulls a man from drowning in a lake.  When the man surfaces he knows not who he is, or from whence he came. In short he is a total mystery. But as when rescued he is bleeding from a gunshot wound, Bourne is suspicious.

So keen to seek her quarry is Mossad agent Rebekah, and to ensure that she finds him Rebekah goes off the grid, resulting in her agency sending someone to find her, and not in a nice way.

At Treadstone in the US, operatives, Peter Marks and Soraya Moore are still recovering from their last mission, in which both of them were injured.  In their absence Dirk Richards has been assigned to their team.  A computer expert, neither Peter or Soraya are drawn to him.  But there are far more evil men at large than Dirk Richards, as is revealed as the story unfolds. Tom Brick who runs Politics as Usual. And just how where does Maceo Encarnacion fit in?

Intrigue within intrigue is how I would describe this book. No one trusts anyone, and with good reason.  What is scary is how far the betrayal goes.  This is no bedtime story - it’s harsh, brutal and final. The real deal in spy stories.
-----
Lizzie Hayes 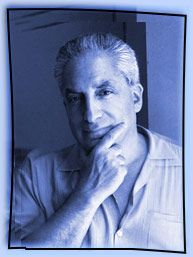 Eric Van Lustbader’s was born and raised in Greenwich Village, where he developed an interest in art as well as in writing. He lived downstairs from the young Lauren Bacall and built orange-crate racers in Washington Square Park with Keith and David Carradine. He is a graduate of Columbia College, with a degree in Sociology, but his real education came much earlier at The City & Country School where, as Mr. Lustbader, is fond of saying, “I learned all the important lessons that would stay with me for life.”  His first novel, The Sunset Warrior, was published in 1975.  Since then, he has published more than twenty five best-selling novels, including The Ninja, in which he introduced Nicholas Linnear, one of modern fiction's most beloved and enduring heroes, continuing his exploits in five subsequent best-sellers. His novels have been translated into over twenty languages. In 2003, he was asked by Estate of the late Robert Ludlum to continue the series based on Jason Bourne. The Bourne Legacy, published in 2004 continues and updates the adventures of Robert Ludlum’s famous international assassin. Mr. Lustbader has gone on to write five more Bourne novels, The Bourne Betrayal, The Bourne Sanction, The Bourne Deception, The Bourne Objective, The Bourne Dominion (July, 2011). In 2008, Mr. Lustbader wrote First Daughter to wide acclaim. The novel features Jack McClure and Alli Carson, Mr. Lustbader's first continuing characters since Nicholas Linnear and Jake Maroc. The second novel in the series, Last Snow, was published in January, 2010.  The third novel in the series, Blood Trust, is published in May, 2011. Eric Van Lustbader serves on the Board of Trustees and is Chair of the Strategic Planning Committee of the City & Country School in Greenwich Village. He also tends his prized collection of Japanese maples and beech trees (which have been written up in The New York Times and Martha Stewart's Living). He is a Second-Level Reiki master. He listens to music constantly and is ever on the lookout for new bands and artists.  He lives in New York State.