‘The Fallen Angel’ by David Hewson 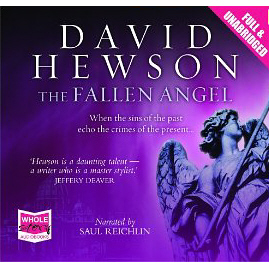 
On the last weekend of August, Nic Costa is sitting on a bench on the Garibaldi Bridge in Rome with Agata Graziano, when he is attracted by a commotion and sees a pyjama clad girl with blood on her sitting next to a body on the ground, saying in English ‘Daddy’. The papers the next day report the tragic accident of British academic Malise Gabriel who fell to his death from a Rome apartment.

But Nic Costa senses that something is wrong, and that this is not a simple accident. The girl Mina brings to Nic’s mind a tragedy from another age that of the long dead Beatrice Cenci who had been executed by the Vatican 1599 when she had avenged the sexual tyranny of her parent.  Although on holiday he gets permission to visit the apartment of the building from which Malise Gabriel had fallen.

Nic learns that the girl Mina was something of a prodigy, but had never attended school being taught at home by both her parents. But the son Robert three years older than Mina was somewhat wayward.  After visiting the apartment with his colleague Peroni, Inspector Falcone agrees to open a formal investigation.  But the Gabriel family is less than co-operative and Nic is sure they are hiding something.

Whilst both Peroni and Falcone have been struggling with the investigation sometimes veering to, maybe it was as accident?  Further revelations and the discovery by Nic Costa of another body and all doubts are swept away. Then the investigation is stepped up.

Atmospheric and mesmerizing the reader is drawn into a present day story that has parallels with the past, but can we trust the past – how much is truth and how much is myth?   As the story unfolds the sudden surprising twists make compelling reading, as eventually tragically the truth is unveiled.

The narration by Saul Reichlin added an extra dimension to a marvellous book.
-----
Lizzie Hayes 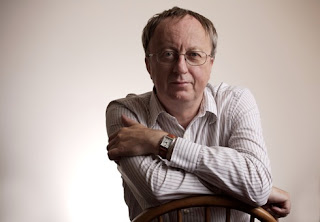 David Hewson was born in Yorkshire in 1953 and left school at the age of seventeen to work as a cub reporter on one of the smallest evening newspapers in the country in Scarborough. Eight years later he was a staff reporter on The Times in London, covering news, business and latterly working as arts correspondent. He then worked on the launch of the Independent and was a weekly columnist for the Sunday Times for a decade before giving up journalism entirely in 2005 to focus on writing fiction.  He is the bestselling author of nineteen books published in more than twenty languages. His popular Costa contemporary crime series is now in development for a series of movies in Rome.
For more information visit his web site http://www.davidhewson.com

Saul Reichlin   gave up a career in Law to pursue his acting dream. Since studying at London's Central School of Speech and Drama, he has gone on to play a wide variety of roles in TV, theatre and film, including featured performances in Inspector Morse, Miss Marple, Poirot and many others. Noted for his deep, measured delivery, Saul's voice is ideal for audiobook narration, where he has excelled, particularly with the works of South African thriller writer Deon Meyer and crime novelist David Hewson. Saul has twice won the prestigious CrimeFest Sounds of Crime Award: in 2008 for The Seventh Sacrament by David Hewson and in 2010 for The Girl who Played with Fire by Stieg Larsson. The award recognises excellence in the field of audiobook narration.
Posted by Lizzie at 16:55