‘The Fall’ by Claire McGowan 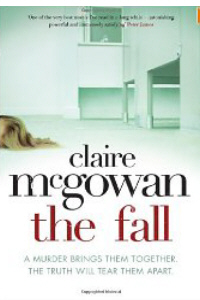 Published by Headline,
2 February 2012.
ISBN: 978-0-7553-8633-8
The lives of two girls who would normally be unlikely to meet become entwined through a series of events that spiral out of control.
has a comfortable life, she lives in a smart flat and is currently planning her expensive wedding – well why not, she is about to marry a wealthy young banker.  Unfortunately, she is so caught up with, will the colour of the table napkins clash with the flowers that she fails to notice that all is not well with wealthy banker Dan Stockbridge.
In  a poorer district of London light years away in monetary terms but not that far as the crow flies, Keisha is struggling with social services to get her daughter back. Still living with Chris Dean she is fighting a losing battle, as Chris is the reason her daughter was taken away in the first place.
With Dan in a strange mood Charlotte agrees to go with him to a club in , although on a Friday night is not where Charlotte would want to be, but Dan has some cocaine and soon Charlotte is flying!   The altercation at the club is a foggy memory to Charlotte, all she can recall is Dan shouting that his credit card is OK. Then the police are hammering at the door of their flat, Dan is arrested for murder and ’s world collapses – well it does, but doesn’t actually realise it has. As things like this don’t happen to it takes her a while to wake up to her situation.   When confronted by Keisha on her door step she begins a journey very different to the one on which she was set just a few days ago.
Investigating the case is DC Matthew Hegarty, who, whilst initially convinced of Dan’s culpability is swayed by ’s beauty. But the key to it all is Keisha, who really just wants her daughter back, but is conflicted with loyalty to her teenage lover Chris.
The story is told by Charlotte, Keisha and DC Hegarty.  Very much a story of today, as high earners lose their jobs, totally unprepared for the reality of life without a big salary.   Although is convinced that Dan is innocent, does she have the ability to fight for him - can she adjust to the new circumstances in which she finds herself? Will she even try, when the people she counted as friends are suddenly no longer there?
This is an amazing first book, with insightful characterisation. We will be no doubt hearing more of Claire McGowan. High Recommended.
-----
Lizzie Hayes 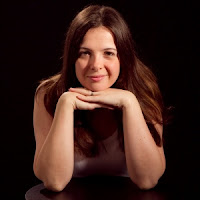 Claire McGowan. Born in 1981, grew up in a small village in . After a degree in English and French from she moved to and worked in the charity sector. She is currently the Director of the Crime Writers’ Association. The Fall is her first novel.
Posted by Lizzie at 14:52