‘Down the Darkest Road’ by Tami Hoag 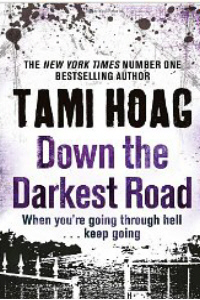 Published by Orion
19 January 2012.
ISBN: 978-0-75289-898-8
Lauren Lawton happily married living in with two children has the perfect life until the disappearance of her sixteen year-old daughter Lesley.  In the space of one afternoon Lauren’s life turns from joy to nightmare.  And four years on the nightmare continues – her daughter never found and her husband dead, Lauren lives in anger and fear with her younger daughter Leah now fifteen, just the age that Lesley was when she disappeared.
Although Lesley has never been found, Lauren knows who took her daughter but without a single piece of evidence the police are powerless to do anything and despite their pity for Laurens plight her constant haranguing of the police department have worn thin their patience.  Now Lauren has moved to Oak Knoil but has the man who took her daughter also moved to Oak Knoil – is he stalking her?
Aptly titled it is indeed a dark road that Lauren is travelling, accompanied by her daughter Leah who should as a teenager be enjoying life but who lives daily in the shadow of her missing elder sister and her mother’s total preoccupation with bringing to justice the abductor of her daughter. Whilst the loss of a child, particularly in these circumstances is unbelievably horrific, this story illustrates how a tragic event can consume one to the detriment of everything and everyone.
Written in first person journal form by Lauren as she seeks to gain catharsis by recording the events as she remembers them, and by multiple third person point of view, we gain a picture of the lives of the people touched by this terrible event.  The overriding emotion is one of powerlessness as Lauren tries to protect her remaining child, but at every turn she seems to be the one in the wrong as she reacts in panic when matters begin to move beyond her control.  Not a comfortable book, but one that will remain with you long after you have turned the last page, as one cannot help but wonder ‘what would I do in these circumstances’?
Highly recommended.
------
Lizzie Hayes 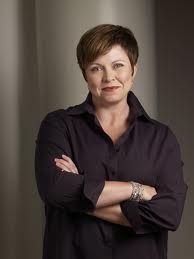 Tami Hoag.  Born in on January 20 1959 and raised in began her writing career at the age of nine with the self-published, self-illustrated third-grade hit Black Pony.  The school project—a tale of two children sharing a pony named Smoky—sparked Hoag’s love for storytelling and the publication of her first novel, The Trouble With J.J. With fifteen consecutive Times bestsellers to her credit, including Deeper Than the Dead, Secrets to the Grave, and Prior Bad Acts, Hoag has more than 35 million books in print, published in more than twenty languages worldwide.  Her first thriller, Night Sins, was made into a two-part mini-series in 1997. An avid competitive equestrian in the Olympic discipline of dressage, Tami currently lives in , where she competes her horses on the prestigious winter show circuit.
Posted by Lizzie at 17:45