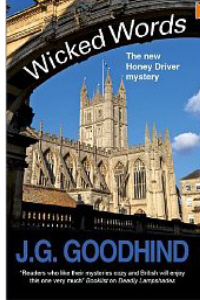 Published by House,
October 2011.
ISBN: 978-1-84751-302-1
Honey Driver runs a hotel in , and has acquired the role of hotel Crime Liaison Officer which has brought her fortuitously into contact with DI Steve Doherty.  Like many people she has crosses to bear the main one being Gloria Cross, her mother who always looks as if she has stepped out of Vogue, and has a knack of always getting her own way, a continual trial to her daughter.   On the upside Honey’s daughter Lindsey is well adjusted and a computer expert to boot, who can ably run the hotel in Honey’s absence.
C A Wright is a reviewer of hotels for a national newspaper and his goal in life is to trash every small hotel in which he stays. Or to reap financial or sexual rewards for not doing so.  A win win situation if you are a sleaze of the highest order, and old CW can certainly take that accolade. Found dead stuffed into a giant teddy bear is probably not his finest hour but no more than he deserved.  But for DI Steve Doherty, CW is a victim for whom he needs to bring a perpetrator to justice – unfortunately he is soon awash with suspects.
I love this series, so rich in characters. I want to meet with them all – OK particularly DI Steve Doherty!
As Honey gets drawn into the search for CAWright’s  killer, she gains reluctantly custody of an incontinent dog belonging to a friend of her mother’s. When the dog is kidnapped Honey is both relieved and anxious – the latter only related to her mother’s wrath at the loss of her friends dog.
A good mystery with some great laughs this should be on your ‘not to be missed’ pile. Highly recommended.
-----
Lizzie Hayes 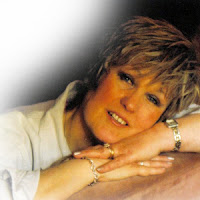 J G Goodhind was born in where she worked in a variety of jobs where she fully admits to feeling like a square peg in a round hole. In the eighties she owned and ran a haunted hotel in where she played host to many foreign nationals. That experience and those people she met form the basis of the Honey Driver Mysteries. Previous to writing cosy crime she wrote women’s fiction as Jeannie Johnson and also writes a column for West Country Life. Jean presently lives in Tintern in the beautiful .