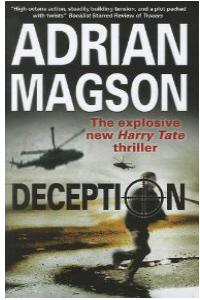 Published by House, 2011.
ISBN: 978-0-7278-8130-4
Harry Tate is a former MI5 officer who still has a ‘loose’ attachment to the Security Services. So he was not unduly surprised to be contacted by an MI6 officer, one Richard Ballatyne, who wants him to do a job and in return he will return the favour.  The favour being the whereabouts of one Henry Paulton, former Operations Director of MI5, the man who had posted Harry to and nearly succeeded in having him eliminated – Harry hasn’t forgotten and is still keen to catch up with Paulton. But Ballatyne has another job for Harry – locating missing Military personnel, but not your average squaddies who are AWOL, these are personnel who carry important information that could be damaging if it falls into the wrong hands.  He gives Harry a short list of six, the most important being one Vanessa Tan who has failed to report for her return flight to .
Locating missing people is one of Harry’s skills, but he discovers that he is tasked with locating people who have been taken, or are in the process of being taken by a professional group called ‘The Protectory’.  Not, as he later learns, a group to be crossed.  But the sweetener is that Ballatyne says that Paulton is connected to the group.
As Harry tackles the list of missing military personnel he comes to the attention of the group and runs into their disposal personnel.
In tracking people down Harry has the assistance of his friend Rik Ferris, who still has his arm in a sling following a shooting. But even Rik cannot seem to get a handle on the whereabouts of Vanessa Tan.  Soon matters escalate and Harry receives help from an unlikely source, one that Harry doesn’t trust but one for which is nevertheless grateful.
In the 1970’s and 1980’s I was a great fan of spy books, particularly those by Palma Harcourt – I still have them all.  In latter years they seemed to go out of vogue but just recently seem to be having a revival and this is one of the best.
Fast paced with some great dialogue this is one of those unputdownable books – the ones that keep you reading into the night. I loved it.  Highly recommended.
-----
Lizzie Hayes 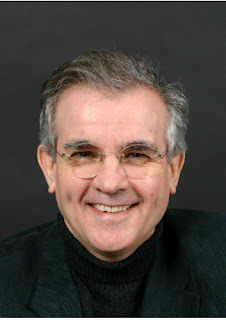 Adrian Magson has three series. In his first series featuring Riley Gavin & Frank Palmer, there are four books. Although born in the , lived and was educated for a time in . So it is fitting that he sets one of his series in featuring Inspector Lucas Rocco. The first book is entitled Death on the Maris which was published by Allison & Busby 30 September 2010, and the second book Death on the Rive Nord published August 2011. His series featuring Harry Tate published by Severn House is set in the world of espionage. The first book Red Station was published 9th September 2010, followed by Tracers which was published in February 2011. Deception is the third in the series.
Posted by Lizzie at 16:28