‘The Smart Woman’s Guide to Murder’ by Victoria Dowd 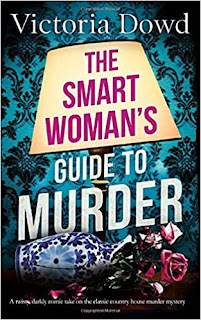 ‘Old detective novels and a few slightly titillating thrillers you relate to because the characters drink too much really doesn’t constitute a serious literary group.’ Ursula Smart

Ursula is the narrator of this comedic murder mystery who is reluctantly accompanying her mother, Pandora, to a book club retreat.  The young woman’s dismissive attitude to the group does little to endear her to the other members who will join them at the country home Pandora has hired for their weekend jaunt.  When they arrive at the “façade of tombstone granite” belonging to Ambergris Towers the two women are met by an effusive “Aunt Mirabelle.”  In fact, Mirabelle is Pandora’s childhood friend rather than a blood relative and she spends much of the novel sparring with god-daughter Ursula and Pandora’s real sister, Aunt Charlotte, who makes her appearance “on a raft of silk and velvet, fur and largesse.”  Also attending the weekend, along with Mr Bojangles her beloved Shih Tzu, is Bridget Gutteridge.  Bridget is “…book club’s number one fan,” and the only person who expresses enthusiasm to engage in any literary pursuit.  When she does suggest discussing a book she invariably meets with reluctance or outright rejection.  The last club member to arrive is Joy Cowdale.  Her entrance prompts Ursula to recollect that, “From a very young age, I remember her leeching on our Christmases, birthdays, everydays.”  Ursula renamed her mother’s friend Joyless and over time this has been reduced to the unkind, if not undeserved moniker, “Less.”  The shabby mansion is served by a butler and housekeeper, Mr and Mrs Angel.  This dour husband and wife team perform their duties with detachment and disdain.

Finally, there are two other characters who loom large in the story.  Ursula’s deceased father died in her arms when she was just thirteen.  This trauma defines the narrator who routinely suffers flashbacks of the event.  His presence haunts and mars the relationship between Ursula and her mother.  The other noteworthy character is Madam Zizi, a fortune teller called upon by Angel the butler to entertain the club members on the second evening of the retreat.  The medium’s visit has far-reaching consequences as past, present and future converge in a way no one could have predicted.
Victoria Dowd’s novel drips with dark humour, gothic overtones and witty one-liners.  Any of the characters could be the killer and the lives, and deaths, of the dysfunctional women are both fascinating and infuriating as they booze and bicker their way through the whodunnit.  For all its familiarity as a locked-room mystery the story is fresh and contemporary as it successfully combines comedy and crime.

The Smart Woman’s Guide to Murder is a debut novel that fizzes with fun and intrigue.  I can’t wait for the sequel!
------
Reviewer: Dot Marshall-Gent 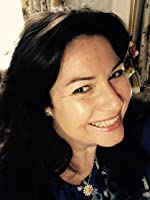 Victoria Dowd was born and raised in Yorkshire and after studying at Cambridge, went on to be a successful criminal law barrister for many years.  Victoria’s debut crime novel, The Smart Woman’s Guide to Murder (published by Joffe Books) is the first part of a dark, humorous crime series that is a modern take on the Golden Age of crime fiction and authors such Agatha Christie, Ngaio Marsh and Josephine Tey.
She is an award-winning short story writer, winning the Gothic Fiction prize for short fiction 2019 by Go Gothic. Victoria has had short stories published in BTS Literary and Arts Annual, Gold Dust magazine and also by Stairwell books in their literary and arts journal Dream Catcher. Her work has also been selected for publication in an anthology entitled A Ghostly Challenge. She speaks at various literary festivals, most recently in Bath, and at various schools and book groups. Her historical fiction, The Painter of Siena, was published in 2016.
https://victoriadowd.com/ 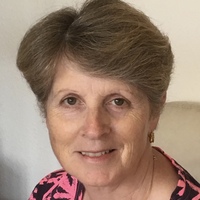