‘Dead in Oxford’ by Peter Tickler 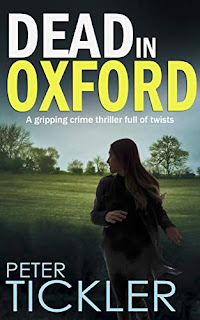 A suicide in a wood outside Oxford . . . an arson attack on a house in an Oxford suburb in which someone dies . . . an unfortunate accident on the London Underground. In this the third in the series featuring Oxford-based private investigator Doug Mullen, he certainly has a lot on his plate.

The story begins when Doug, who is house-sitting and dog-sitting for Oxford professor Mel Moody in her house on the outskirts of Oxford, receives a letter from an unknown sender with a notice of the funeral of a woman whose name he knows all too well – Linda Wright, mother of his former friend Ben whom Doug had known during his army service many years ago. Ben had been victimised for being gay and had shot himself in the head and it had been Doug who found him. The experience had been traumatic, and the funeral notice calls up deeply distressing memories. When Mel calls Doug on Skype he tells her about Ben and she says he needs a psychiatrist and she will arrange for him to see her friend, Kasia Ciesla.

Doug has also been contacted by an old friend, Becca Baines, who has a job for him: the husband of her friend, Marie Dench,  has blown his brains out in a wood while telephoning Marie and telling her what he was about to do. The police believe that Robert’s death really is down to suicide; Marie too is reluctant to let Doug investigate. But Becca insists that Robert had no reason to kill himself, and Doug, with some hesitation because of his friend Ben’s death, becomes curious about this suicide. He speaks informally to DI Susan Holden; she tells him firmly that, although she was not part of the investigating team, so far as she knows, Robert’s death really was suicide.

And that is that. Except it isn’t. Now Doug and Susan Holden find themselves following various leads which take them both in separate but connected directions. Was Robert having an affair with Amanda, who runs the café where he was working as chef? Why is the DI who was overseeing the inquiry into Robert’s death so reluctant to answer her questions? And then there’s the arson attack on Professor Moody’s house. Who did it? And was the intended victim the actual victim or was it Doug or Becca? And who sent the anonymous letters? And how does Kasia come into all this? Accompanied by Rex, the Professor’s dog who has clearly constituted himself Doug’s fellow-investigator, Doug has to follow a series of twisty trails until all is revealed in a dramatic finale.

Doug is a very engaging character whom it would be difficult not to like. And Becca too is highly likeable and Doug’s growing affection for her is understandable. Very much recommended.
------
Reviewer: Radmila May 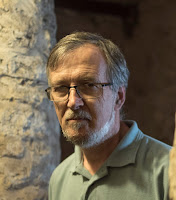 Peter Tickler has lived and worked in Oxford for nearly 30 years, and before that he was a University student, reading classics at Keble College.  Peter has written six books set in Oxford. Hs latest book is Dead in Oxford, published by Joffe Books, June 2020, is the third book in the series featuring Private Investigator Doug Mullen. Peter is a member of the Crime Writer's Association and Mystery People group.
http://www.petertickler.co.uk/

Radmila May was born in the U.S. but has lived in the U.K. since she was seven apart from seven years in The Hague. She read law at university but did not go into practice. Instead she worked for many years for a firm of law publishers and still does occasional work for them including taking part in a substantial revision and updating of her late husband’s legal practitioners’ work on Criminal Evidence published late 2015. She has also contributed short stories with a distinctly criminal flavour to two of the Oxford Stories anthologies published by Oxpens Press – a third story is to be published shortly in another Oxford Stories anthology – and is now concentrating on her own writing.
Posted by Lizzie at 13:35