The Influence of Agatha Christie

Sophie Hannah  an internationally bestselling crime fiction writer. Her crime novels have been translated into 34 languages and published in 51 countries. Her psychological thriller The Carrier won the Specsavers National Book Award for Crime Thriller of the Year in 2013. In 2014 and 2016, Sophie published The Monogram Murders and Closed Casket, the first new Hercule Poirot mysteries since Agatha Christie's death, both of which were national and international bestsellers.
Sophie’s novels The Point of Rescue and The Other Half Lives have been adapted for television as Case Sensitive, starring Olivia Williams and Darren Boyd. Sophie is also a bestselling poet who has been shortlisted for the TS Eliot award. Her poetry is studied at GCSE and A-level throughout the UK.  Sophie is an Honorary Fellow of Lucy Cavendish College, Cambridge. She lives in Cambridge with her husband. 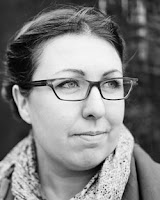 Ruth Ware who grew up in Lewes, in Sussex. She has worked as a waitress, a bookseller, a teacher of English as a foreign language and a press officer, and now lives in North London with her family.
Her début thriller, In a Dark, Dark Wood, was a Sunday Times and New York Times bestseller, and has been optioned for film by New Line Cinema. The follow up, The Woman in Cabin Ten, was out 30th June, and she is currently working on her third psychological thriller, The Lying Game.
www.ruthware.com

Christopher Fowler  born in Greenwich, London. He is the multi award-winning author of many novels and short story collections, and the author of the Bryant & May mysteries.. He spent 25 years working in the film industry.  His collection 'Red Gloves', 25 new stories of unease, marked his first 25 years of writing. He has written comedy and drama for BBC radio, including Radio One's first broadcast drama in 2005. He has a weekly column called 'Invisible Ink' in the Independent on Sunday. His graphic novel for DC Comics was the critically acclaimed 'Menz Insana'. His short story 'The Master Builder' became a feature film entitled 'Through The Eyes Of A Killer', starring Tippi Hedren and Marg Helgenberger. Among his awards are the Edge Hill prize 2008 for 'Old Devil Moon', and the Last Laugh prize 2009 for 'The Victoria Vanishes'. His short stories have appeared in Best British Mysteries, The Time Out Book Of London Short Stories, The Best Of Dark Terrors, London Noir, Neon Lit, Cinema Macabre, the Mammoth Book of Horror and many others. After living in the USA and France he is now married and lives in London's King's Cross and Barcelona.

Dr John Curran the author of the award-winning Agatha Christie’s Secret Notebooks and the follow-up Agatha Christie’s Murder in the Making. He also collaborated with the artist Tom Adams on a book about Agatha Christie cover art. He is currently at work on a history of Collins Crime Club.

L. C. Tyler was born in Southend, Essex, and educated at Southend High School for Boys, Jesus College Oxford and City University London. After university he joined the Civil Service and worked at the Department of the Environment in London and Hong Kong. He then moved to the British Council, where his postings included Malaysia, Thailand, Sudan and Denmark. Since returning to the UK he has lived in Sussex and London and was Chief Executive of the Royal College of Paediatrics and Child Health for eleven years. He is now a full-time writer. His first novel, The Herring Seller's Apprentice, was published by Macmillan in 2007, followed by A Very Persistent Illusion, Ten Little Herrings, The Herring in the Library, Herring on the Nile, Crooked Herring, Cat among the Herrings and Herring in the Smoke, . The first book in a new historical series, A Cruel Necessity, was published by Constable and Robinson in November 2014. Since then he has published four further books in this series. The latest being The Bleak Midwinter. His latest Ethelred and Elsie is The Maltese Herring.