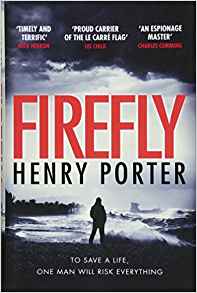 Published by Quercus,
28 June 2018.
ISBN:978-1-78747-049-1(HB)
Luc Sansom used to be an MI6 agent. Due to his excessive (but carefully controlled) gambling habits he was dismissed and is now doing quite nicely running the Lebanese restaurant set up by his mother. But because of his background – he fled Lebanon as a child along with his mother and consequently speaks fluent Arabic – MI6 want him back for one mission: to find a young Syrian boy who has escaped from the maelstrom that his country has become. The young boy Naji has left his mother and three sisters in a refugee camp in Turkey to make his way into Europe via Greece to Germany where he hopes to make a life for them all. And he has something to bargain with. He had been recruited by ISIS who had brainwashed him into watching, even being involved in, acts of the utmost barbarity. But finally, he can’t put up with it any more: his evil mentor Al-Munajil has announced that he intends to marry Naji’s beautiful sister Munira. This is too much for Naji; Al-Munajil’s evil spell is broken and he makes his way from Turkey in a people smuggler’s boat to the Greek island of Lesbos. The boat sinks and everyone is lost apart from Naji and a tiny baby; miraculously they are saved by a dolphin, and that Naji and the baby are saved makes headlines. This enables Luc to establish the boy’s name and his contact on Lesbos, a Greek psychologist called Anastasia Kyriakos. Naji isn’t just a child on his own among the many, many refugees trying to make their way from Syria and other countries torn apart by civil war or devastated by poverty, he has something to bargain with. A very clever boy, he is particularly skilled at repairing mobile phones. And while enslaved by ISIS he picked up a deal of useful information to which access can only be gained via his own mobile phone. This would be useful to the secret services of the various European countries tackling the ever-present threat of terrorism. And ISIS too would like to get their hands on Naji and his mobile. Both sides are pursuing him. But Naji is adept at slipping through the cracks and Luc and his friends find it difficult to track him. Al-Munajil is also desperate to find Naji and the mobile. The pace picks up as Naji makes his way through the Balkans and comes to a gripping climax in the forested Balkan Mountains.

This is a very gripping tale which tackles a subject rarely covered if ever in crime fiction: the Syrian conflict and the refugee crisis. It is told both by Luc and Naji and occasionally by Al-Munajil.
------
Reviewer: Radmila May

Henry Porter has written for most national broadsheet newspapers. He was editor of the Atticus column on the Sunday Times, moving to set up the Sunday Correspondent magazine in 1988. He contributes commentary and reportage to the Guardian, Observer, Evening Standard and Sunday Telegraph. He is the British editor of Vanity Fair and lives in London with his wife and two daughters.