This year’s Bristol Crimefest was the 10th in this now well-established series celebrating the best of crime fiction in the Royal Marriott Bristol Hotel, College Green, Bristol, from the 17th May to the 20th, featuring a series of panels at which authors spoke on selected subjects as well appearances by well-known authors. On most days there were three streams of panels; unfortunately it was not possible to go to all at the same time so I shall concentrate on the Fresh Blood panels which began each day of the Crimefest when various new writers faced the reading public to talk about their books and themselves.

T.A. Cotterell’s first book, What Alice Knew, is (unusually for a male writer) a psychological thriller in which a woman’s happiness with her job, her husband and her children is suddenly thrown into jeopardy after a suspicious phone call. Can she establish the truth – and what is the truth? 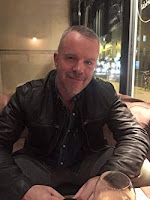 J.D. Fennell’s Sleeper is a spy story set in London in 1941 in which a boy, pulled from the sea, has lost his memory but becomes involved in a race against time to save London from something even worse than the actual Blitz.

Felicia Yap’s Yesterday is set in Cambridge in a world where few people can remember further back than yesterday. The protagonist is told that her husband’s mistress has been found drowned and that he is guilty. But in a world of short-term memory how can the truth be established? 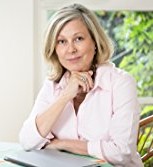 Jane Robins’ psychological thriller, White Bodies, the protagonist Callie hasreason to believe that her much loved beautiful and successful sister is in danger from her charming and charismatic but cold and controlling husband. How far will Callie go to protect her sister?

Finally, Too Close to Breathe by Olivia Kiernan is the first of a police procedural series in which trained profiler DCS Frankie Sheehan investigates the apparent suicide of a respected woman. But is it a suicide? Frankie’s investigation leads her into the Dark Web and a morass of sado-masochism. These last two titles have been reviewed in Mystery People. See the website under ‘Reviews’.

Fresh Blood – Friday. Proceedings on the second day of Crimefest began with another five new authors and was also moderated by Karen Robinson.

In If You Knew Her by Emily Elgar, Cassie had had a beautiful wedding to a loving husband. So why is she now in hospital in a coma in an intensive care ward? Frank who is also in the ward knows why but he is in a locked-in state. And head nurse Alice wonders if Cassie’s life is as perfect as it seems.
Chris McGeorge in Guess Who?  has written a locked room mystery but made life even more difficult for himself by putting all five suspects inside the locked room along with the body. Which of the five killed him? They have only three hours to find out.
Robert Scragg’s What Falls between the Cracks is the first in a gritty new police procedural series featuring
detectives Porter and Styles; a young girl’s hand has been found but she has been missing for 30 years and no-one has been looking for her. Least of all her family. Former divorce lawyer 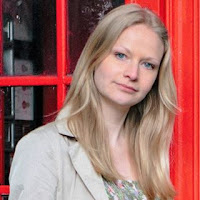 Elizabeth Munday’s In Strangers’ Houses is the first in a series with a young Hungarian cleaner as protagonist; in this first instalment Lena Szarka is looking for her friend. These last two have also been reviewed in Mystery People.

In Alex Dahl’s The Boy at the Door, set in an idyllic small town in Norway, happy wife and mother Cecilia
Wilberg opens the door of her house to Tobias, a small boy longing for a home. But he has secrets about Cecilia’s past which she is desperate to keep hidden. 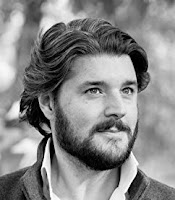 Will Dean studied law at university and then did a variety of jobs. His first novel, Dark Pines is set in rural Sweden. His investigator, the young, ambitious reporter Tuva Moodyson, is partially deaf but when she hears that in the first week of the annual elk hunt two hunters have been found dead with their eyes removed she sets off to write the story. Could there be a link to murders 20 years ago? The novel has been reviewed in Mystery People.
In the literary thriller Sweet William by Iain Maitland a father escapes from a secure psychiatric unit planning to snatch his little son from his foster family and escape to France. But the boy needs daily injections of insulin to stay alive.

Vicky Newham’s Turn A Blind Eye is a police procedural set in multi-cultural East London and introduces DI Maya Rahman.
Lloyd Otis’s Dead Lands is set in 1970s Lewisham (pre-PACE) with a background of right-wing marches. There has been a murder but the prime suspect has escaped from custody and DI Breck and DS Keans are in pursuit of him but each has his/her own personal agenda.

Fresh Blood – Sunday. The last Fresh Blood session, moderated by Jake Kerridge, began with..
Peter Beck, a Swiss writer with a number of crime stories already published. In Damnation, the first to be
published in English, Tom Winter, head of security at a discreet Swiss bank investigates when two of his
colleagues die in a helicopter explosion. The author has been reviewed in Mystery People as has former lawyer

Abi Silver’s The Pinocchio Brief, in which two women lawyers, a young solicitor and a rather older barrister, have to defend a troubled schoolboy accused of murder and deal with super-technological devices in court
proceedings.
S S Mausoof’s thriller The Warehouse, set in the Pakistan tribal area of Waziristan at a time when it was largely controlled by the ultra-fearsome Taliban, features the insurance surveyor Cash investigating an old insurance claim relating to a warehouse.
You Were Made for This, by Michelle Sacks, is about a happy family (Merry, Sam, baby Conor) living in the Swedish woods whose happiness is jeopardised by the arrival of Merry’s friend Frank.

Former patent lawyer Roz Watkins’ The Devil’s Dice, a patent lawyer is found dead in a Peak District cave. Is it murder or a local curse? DI Meg Dalton investigates.

These panels were thoroughly enjoyable and left me wanting to read the featured titles and forthcoming books by the same authors. Good luck to all of them.
Posted by Lizzie at 17:16