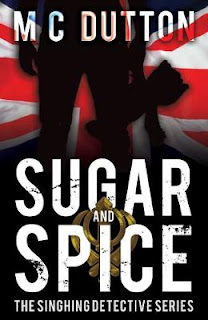 This story is the third in this series which features Detective Sergeant Jaswinder (‘Jazz’) Singh who is stationed in an East London police station serving Barking and Dagenham. Jazz is only just hanging on to his job since, in the previous story, although he and his team – Detective Sergeant Boomer and Detective Constable Ashiv Kumar along with his tame informer Mad Pete – had solved the crime in question, it seems to also have created absolute mayhem. So, Jazz has been downgraded to dealing with feuds between local old ladies and the occasional outbreak of gang violence. It is an episode of the latter that leads him to Dionne Osei, aunt of one of the boys involved. But what concerns Jazz is that Dionne’s ‘gentleman friend’, Peter Grimshaw, is suspiciously attentive to Nekisha, Dionne’s six-year-old daughter. Jazz begins to look into Peter Grimshaw, what his background is, who are his associates, and what are they up to. That turns out to be a paedophile ring with some very establishment figures involved and Jazz and his team find themselves in a very perilous position.

This book is written in a very lively style with entertaining characters and a considerable knowledge of detailed police procedure.
------
Reviewer: Radmila May

M C Dutton has come across criminality through her career and her voluntary work as a Witness Care Officer for the CPS and as a Youth Offending Referral Panel Member, and mentored young people through the Probation Office. Through her work she has met many people, from the awesomely heroic to the sad, mad and seriously bad. She is the author of the 'Singhing Detective' series.