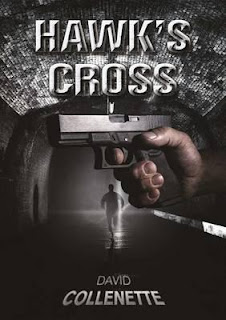 This, the author’s debut piece of crime fiction, features as the narrator the eponymous hero, Matthew Hawk, who’s a homeless Londoner getting by with guile and a talent for drawing. Little does Matthew suspect that his humdrum existence is about to go horribly wrong in unexpected ways when a complete stranger, wealthy psychopath Ethan Connelly, approaches him. Matthew finds himself mixed up in a brutal murder and other grisly situations, the last straw being the abduction of a woman friend who is held captive in abusive conditions.

Desperate to establish why he has become a pawn in Ethan’s deadly game, Matthew forges a quirky pact with the man whom Ethan has ordered to finish him off.  On a collision course with Ethan, they flee England, trawling through France and Monaco, painfully aware that time is not on their side. Can they eventually bring down thuggish Ethan or will they end up as his next victims?  One finds oneself rooting desperately for payback.

The book cover is slick, the plot original and momentum and tension are built up in an urgent and credible fashion although some readers may find it a struggle to look past the uneven strands of characterisation.  That said, the author’s many strengths shine through and the book is an intriguing door-opener to a sequel.
-----
Reviewer: Serena Fairfax

David Collenette was adopted as a baby and was born and brought up in South Wales. From a child, David Collenette has been an avid writer and received several commendations for his short stories. However, it wasn’t until 2016 that David completed his first full novel, Hawk’s Cross, a culmination of three year’s work, David currently lives in South Wales with his wife, Louellan. When David is not writing, he loves to travel with his wife, his writing often reflects many of the places they’ve experienced. They have four grown children, a crazy dog named Martin and a catnip addicted cat named Chesterfield.
https://www.david-collenette-author.com 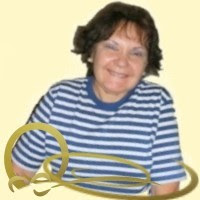