‘All is not Forgotten’ by Wendy Walker 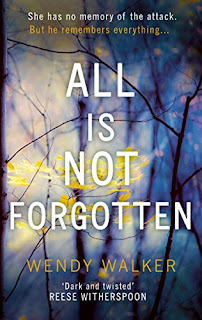 Teenager Jenny Kramer went to a party with a boy whom she rather fancied and whom she thought felt the same about her. But when he spent much of the evening with another girl Jenny walked out of the party into the woods surrounding the house where the party was being held. Unknown to her she is followed by someone and is savagely raped. So traumatic was the rape which required surgery that all recollection of it and of her attacker is wiped from her mind, and the rapist has taken such precautions that there is no other evidence which can assist in identifying the perpetrator. Jenny’s parents, Charlotte and Tom, are devastated by what has happened to their daughter but their reactions are very different. Tom is obsessed with finding the rapist; Charlotte believes that the event can and should be ignored and that Jenny will then be able to put it all behind her. It is not until Jenny’s internal despair, which she cannot admit even to herself, leads her to attempt suicide that Charlotte accepts that Jenny cannot pretend that the rape never happened and that psychotherapy may help Jenny to overcome the trauma. So,  they take Jenny to a psychotherapist, Alan Forrester, and he begins to lift the veil that Jenny’s unconscious has cast over events too painful to admit. The results are cataclysmic and have violent repercussions, not just for Tom and Charlotte – she in particular has kept hidden from everyone the truth about herself, past and present – but for many people in this small Connecticut town. In the end even Alan, through whom the story is told, and his wife and son are affected.

Readers of much modern crime fiction will be aware of how much the genre has changed in recent years, widening its coverage to embrace many aspects of life and society which would not have been included within a traditional mystery novel, perhaps not in any fiction. One area where the boundaries are very fluid is that of the psychological novel. This well-written and thoroughly-researched novel with its rounded and believable characters is well within this sphere concentrating much more on the psychological aspects of the narrative than on more traditional and mystery aspects of crime fiction. In this respect, it falls within the sphere of domestic noir, another name for psychological suspense or ‘grip-lit.’
------
Reviewer: Radmila May 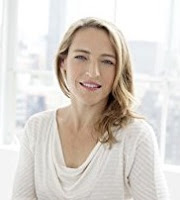