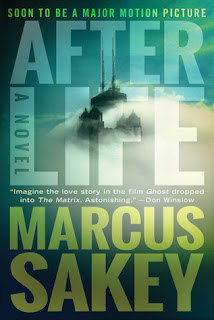 From the publisher: The last thing FBI Agent Will Brody remembers is the explosion - - a thousand shards of glass surfing a lethal shockwave.  He wakes without a scratch.  The building is in ruins.  His team is gone.  Outside, Chicago is dark.  Cars lie abandoned.  No plans cross the sky.  He’s relieved to spot other people - - until he sees they’re carrying machetes.  Welcome to the afterlife.

“. . . a mind-bending new thriller about life, death . . . and what happens after.  A terrorist has paralyzed Chicago, targeting civilians with brutal swiftness and precision.  FBI agent Will Brody would do anything to catch him - - but this time he’s the hunted, not the hunter.  Lured into a trap, Brody is caught in a furious explosion that claims his life.  But in “Afterlife,” death is only the beginning.  Brody finds himself wandering a different Chicago.  A city real in every detail, but seemingly empty.  It turns out the afterlife is a dangerous place. This echo of Chicago is populated only by those who died abruptly, violently, with an abundance of life force remaining.  For some, it’s a new life in death.  For others, it’s a war.  Now Brody must fight to survive the afterlife and protect other innocents - - all while desperate to reunite with the woman he loves and left behind.  That woman is his boss, fellow FBI agent Claire McCoy.  Their love affair was illicit, breathtaking, and brief, cut short by the bomb blast.  For Claire, finding Brody’s killer is personal. And when she confronts him head-on, she does so knowing that her own life is on the line - - but not what waits on the other side.”

This novel is an unexpected combination of love story, a thriller, and a sci-fi tale, all memorably written and engaging – who could ask for anything more?  I should add it is all unexpected, and, to be candid, something not usually within my reading preferences.  What sets this one apart is, primarily, the abovementioned quality of the writing.  I already knew what a wonderful this author is, but this was an entirely new and unexpected experience.

Brody, 37 years old, is not entirely unprepared for what ultimately is expected of him in the afterlife:  He was a Marine, having enlisted right after 9/11.  Brody’s new world is what is referred to by its residents as an echo of the world he had known, literally, “an overlap” of that world.

“Afterlife” is a novel unlike any I, personally, have ever read.  Like the characters in the book, I was totally unprepared for what lays within its pages.  And I must admit that it stayed with me long after the last page was turned.  And, clearly, it is recommended.
------
Reviewer: Gloria Feit

Marcus Sakey was born in Flint, Michegan. He attended the University of Michigan before beginning a decade-long career in television and advertising, which gave him “plenty of exposure to liars and thieves”—the perfect apprenticeship. His debut thriller The Blade Itself was sold at auction and published to wide critical acclaim, allowing him to work full-time as a writer. Since then his books have sold more than a million copies and been translated into dozens of languages. He lives in Chicago with his wife and daughter. 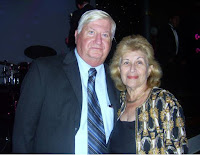