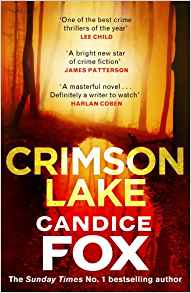 Sydney detective Ted Conkaffey parks his car by a bus stop because his fishing rod has annoyingly been tapping the rear window of his car. A young girl is standing at the bus stop. He gets out leaving the back passenger door open, deals with the rod, addresses a few words to the girl, gets back into the car and drives off. Several vehicles drive past, the drivers all see him. Minutes later the girl, Claire Bingley, has disappeared and is found the next day, stripped naked, beaten, brutally raped, and strangled but miraculously not dead, but so traumatised that she is unable to give an account of her ordeal.

Ted is arrested and charged with the abduction and attempted murder of Claire. The case proceeds to trial; then, halfway through the prosecution abandons the trial, saying the evidence was insufficient to secure a conviction. But Ted knows, and all his former colleagues know, that the prosecution are really waiting for more conclusive evidence to turn up. He is fired from the Sydney police. And the media have already found Ted guilty of a monstrous crime. And Ted’s wife is also convinced of his guilt, so his marriage has collapsed and he is denied even access to his little daughter. So Ted leaves Sydney and drives north to Queensland and rents a tumbledown house by the edge of Crimson Lake, ‘a region stolen from the hands of time, a slice of bare-bones civilisation only just managing to fight back the rainforest trying to swallow it whole.’ The metaphor is no exaggeration; the rain, the humidity, the swelling lakes and creeks swarming with crocodiles, are part of a world that is almost primeval. There he lives along with a goose and her goslings which he adopted on his flight north; they provide his only company.

But even here, Ted can’t escape his notoriety; his unusual surname means that his identity is no secret. In particular, there are two menacing local policemen. Are they just having fun with Ted, or is there something more? Ted’s one supporter, his lawyer Sean, directs him to Amanda Pharrell who runs a private detective agency. Amanda is even more of an outsider than Ted; she has been convicted and imprisoned for murder and compensates for her experience by determined eccentricity. But she takes Ted on and sends him off to investigate the disappearance of local celebrity Jake Scully who writes highly successful fantasy novels. Scully’s wife Stella is more interested in establishing his fate for insurance reasons and his rebellious Goth son Harrison seems to know little and care less. Then Scully’s wedding ring is found in the stomach of a crocodile. Further examination reveals that there are also human remains. Scully’s. And what is unusual, the forensic examiner points out, is that crocodiles, being essentially lethargic, rarely attack adults. So is Scully’s death more than an accident? What about the would-be writer who was stalking Scully? And can Ted clear his name? And what is the truth about the murder for which Amanda was convicted?

I was very impressed with this novel both with the depiction of life in this remote backwater and with the writing. One story is not, I feel, concluded which points to a sequel so we must wait for a follow-on. And the crocodiles are waiting too. Highly recommended.
------
Reviewer: Radmila May

Candice Fox is the middle daughter of a large, eccentric family from Sydney’s western suburbs. Her parents were respectively a parole officer and an enthusiastic foster-carer and she had numerous half-, adopted, and pseudo siblings many of them Sydney’s most disadvantaged children. Her entertaining website, tells us that she was at age 18 briefly an officer in the Royal Australian Navy and after that taught high school while obtaining two undergraduate and two post-graduate degrees. She has written three earlier novels, two of which – Hades and Eden – won Ned Kelly awards, and has collaborated with best-selling author James Patterson with novels featuring Detective Harriet ‘Harry’ Blue. Her next novel in the Crimson Lake series will be Redemption Point. She Lives in Sydney.