‘The Devil’s Daughters’ by Diana Bretherick 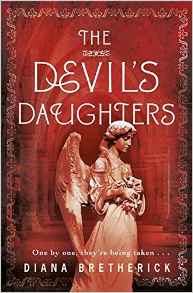 In this sequel to City of Devils Cesare Lombroso and James Murray are plunged into an investigation involving Satanic rituals, ancient Egyptian funerary rites and a haunted abbey.

The novel, set in 1888, opens in Edinburgh with James, recently returned from Turin, burying his father.  James and his younger sister Lucy regret his passing as they attend his funeral but their devout and dour Aunt Agnes has eschewed the ceremony because of a scandal surrounding the deceased Dr Murray.

The period of mourning is interrupted when James receives a letter from Turin, in which his former lover, Sofia, entreats his help.  James, driven by his continued but apparently hopeless love for Sofia, is determined to go once more to Turin and Aunt Agnes reluctantly agrees that Lucy may accompany him provided that she is chaperoned by the middle-aged, and delightfully named, Miss Euphemia Trott.

Following their arrival, James is reacquainted with, amongst others, his tutor, Professor Lombroso, a character based on the real life “…father of modern criminology”.  Lombroso is engaged on a project that he believes, “… will shake the very foundations of criminal anthropology…”  and James agrees to assist him but must also investigate the disappearance of Sofia’s cousin, Chiara.

It quickly becomes apparent that Chiara is just one of several young women who have gone missing over the previous months.  The discovery of one of the missing girls who appears to have been ritually slaughtered precedes further gruesome findings as the protagonists, and the reader, are led and misled through a thrilling narrative.

The research that underpins the novel makes the gripping tale even more interesting and the Author’s Note, at the end of the book, provides a fascinating description of aspects of the life and work of the real Cesare Lombroso. 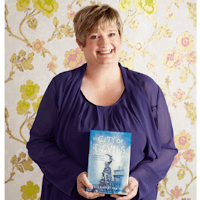 Diana Bretherick’s was born in Kenilworth, Warwickshire. Her experiences in working in criminal justice have given her insight into the workings of the criminal mind. She has honed this in her criminological studies, attaining an M.A in Criminology in 1999 and a PhD in 2006. She has now turned her attention to crime fiction, producing her first novel, City of Devils, in 2013, the result of her MA in Creative Writing. She is currently working on her second PhD in Creative Writing.  Diana also runs crime writing workshops and regularly performs readings of her work including short stories with a supernatural element. Her hobbies, when she’s not scaring people senseless, are eating, drinking and generally having a good time.