‘A Hero in France’ by Alan Furst 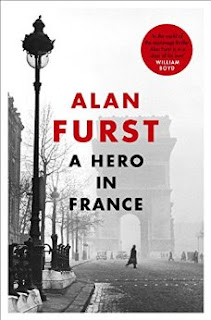 It is spring 1941 and Paris and much of France is under Nazi occupation apart from Vichy France where the former Premier of France, Marechal Petain, has traded immunity from occupation for compliance with the German authorities. Britain is the only nation standing against Hitler, and, although British bombers are raiding Germany nightly, many aircraft are being shot down. Some of their pilots and crew parachute into the Occupied Zone and manage to contact small groups of men and women who have organised escape lines which lead out of the country and back to Britain. These formed the French Resistance. One such escape route is in Paris and is led by a man known as Mathieu (not his real name); its members include students, teachers, shopkeepers, night club owners, priests, aristocrats, even officials who are prepared to supply the appropriate paperwork to enable escapees to get to Vichy France, usually by rail, and from Vichy to Spain, Fascist but neutral. The escapees are given appropriate clothing and are accompanied by members of the Resistance who guide them along their way and protect them so far as possible from discovery particularly since the airmen either spoke no French or had unmistakeable British accents. All the Resistance members are in literally deadly danger and Mathieu’s role, as organiser is particularly vital. However, in Germany, the authorities are aware of the activities of the Resistance and the way in which they are organising the escape of downed British airmen. Feeling that the French police are not as effective as they might be in dealing with the situation, they despatch Senior Inspector Otto Broehm to Paris to oversee the French police. Broehm’s plan is to plant a mole into Mathieu’s network. At the same time, the British contact Mathieu to say that they are considering putting in some of their own agents and will supply sorely-needed funds but Mathieu, fearing that the British will try and influence his network, is dubious.

Although there were resistance networks in other countries, such as Belgium, Denmark and Holland, and later on, as the war continued, in other countries, the French Resistance is far and away the best known. The author has provided an exciting and well-written narrative with a tightly controlled plot and numerous characters. Recommended.
------
Reviewer: Radmila May 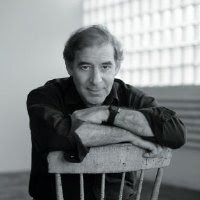 Alan Furst has lived for long periods in France, especially in Paris, and has travelled as a journalist in Eastern Europe and Russia. He has written extensively for Esquire and the International Herald Tribune.