‘Talking to the Dead’ by Harry Bingham 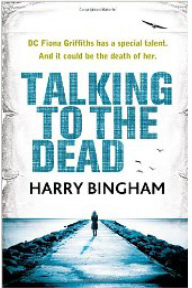 The title of this crime novel does not involve mediums or psychic phenomena of any kind. What it does do is offer the reader is a fast-moving and exciting story set in and around Cardiff and Swansea and the Pembrokeshire coast.

DC Fiona Griffiths is a keen and hard-working young detective dealing with her first murder case. Problems from her own past seem to come to the fore as her investigations continue into the brutal murder of a young mother and her six-year-old daughter. She feels that the dead woman and her daughter are somehow showing her the way as she delves deeper into a murky story of rich men paying for Eastern European girls to be brought into the country for prostitution. These unsuspecting females suffer rape, cruelty and abuse in a remote ‘prison’ where their foreign abductors callously murder them when they have outlived their usefulness.

It is a grim tale but there are moments of humour and the characters are well-drawn and credible. The pace of the book is good and the ending is exciting and satisfying. The story is written in the first person and in ‘instant’ time (I believe this is how this prose is described) e.g. ‘I sit down. She walks to the door.’ It may not to be to everyone’s taste but once you get used to it, the book is an absorbing read.
-----
Reviewer: Edna Jones 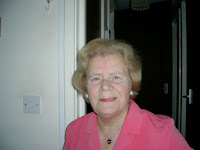