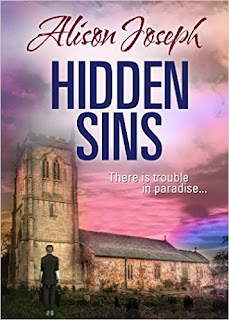 Holidaying in Cornwall with her husband Archie, Agatha Christie, now a successful crime writer, decides to write a romance when Archie announces that the golf here is sub-standard and that the office needs him.

Rather than her dining alone Mr Finch the hotel manager seats her with Frederick and Nora Collyer where Agatha learns that Frederick is writing a biography of the late Dr Ernst Adler a famous chemist whose knowledge and work on paint as camouflage, was used during the war.  Whilst Nora Collyer is quiet and elegant Agatha quickly labels Frederick as a bully.

Agatha muses on the relationships at a nearby table, Mr Farrar, Mrs Blanche Winters, a slightly older woman  and her teenage daughter Sophie.  Also, a sporty young man called Sebastian Travers who seemed to be the girls tennis coach. And, sitting alone at another table, an older military type man.

The following morning Agatha awakes to learn of the death of one of her fellow guests in the early hours of the morning.  And all the guests become suspects.

Arriving to take charge of the investigation are DCI Reginal Olds and Sergeant Brierley of the Cornwall Constabulary.  Also suddenly on the scene is Dr Adler’s widow, who it appears, knows Mr Tyndall, the military type man very well.  Over the past two years Frau Adler has become friendly with the Collyers.

The book is rich in characters, all of whom it becomes apparent have secrets. Tensions arise which Agatha learns relate to papers in the possession of Frederick Collyer which belong to Frau Adler.  And hovering over it all is the shadow of the Great War, which may hold the key to the many secrets harboured by the suspects.

Although Agatha continues to write her romance book, this keen observer of human nature finds herself drawn into the mystery. But can she find the killer?

Mystery, murder, camouflage, and above all romance, this book has it all.  A very clever story, brilliantly plotted and most highly recommended.
------
Reviewer Lizzie Hayes
Hidden Sins is the second in a new series of murder mysteries, featuring author Agatha Christie. The first in the series was Murder Will Out. 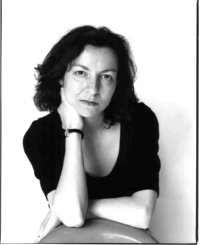 Alison Joseph is a London-based crime writer and radio dramatist. She started her career in local radio, and then in television as a documentary director. She is the author of the series of novels featuring SISTER AGNES, a contemporary detective nun based in South London. Alison has written about twenty works for radio, including THE TRUE STORY and also dramatisations of Georges Simenon's Maigret novels. Her new novel is 'Dying to Know', a crime novel about faith, evidence and particle physics. Alison is currently Chair of the Crime Writers' Association.