‘The Ghost of Christmas Past’ by Jean G Goodhind 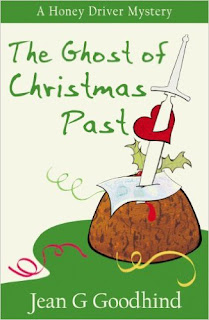 With only With only ten days to go until Christmas Honey Driver, owner of the Green River Hotel in Bath, is getting into the swing of things.  Hotel bookings are good  - well they were until the Grigsby and Jones office party cancelled. Twelve empty seats wasn’t going to look good on the party night. Oh! And Mary Jane tinted Honey’s hair auburn, only it didn’t turn out auburn.   On the up side things are going swimmingly with DCI Steve Doherty who Honey met when she took on the role of  Crime Liaison officer on behalf of Bath hotels Association.

A late booking for a Christmas party for ten plus rooms, plus Christmas Day lunch and Honey is punching the air.  However what goes up must come down, and a letter from an America saying he had a confirmed booking at the hotel and was a friend of her deceased husband Carl sent a prickly feeling down her spine.

When the employees of the late party booking arrive they are a shocked bunch. Their miserly employer Clarence Scrimshaw frequently referred to as Scrooge has paid for everything.  Why? As he never turns up they never get to ask him.

As Steve Doherty investigates the murder,  Honey’s daughter Lindsey is undertaking an investigation of her own that of Professor Truebody, who doesn’t ring true with Lindsey. On the one hand she would like to know more about her father on the other hand she would normally steer very clear of Professor Truebody.  Mother and daughter are usually very close but Honey has something she needs to tell Linsey and is putting off doing it,  and Lindsey is in dilemma about Prof Truebody, so norrmal relations have broken down.  But Prof Turlove makes her uneasy, and unknown to her he is also making Honey uneasy because Lindsey is spending so much time with him and that worries her.

This is the eight book in the series and for those of you unlucky enough not to have come across this series, it is as ever rich in characters.  Smudger the chef, whom it is wise not to upset, but who somehow gets involved with a pantomime horse.  Mary Jane who communes with  Sir Cedric who is over two hundred years old, and Honey’s mother, the bane of her life.  And of course the delectable Steve.
A terrific fun enjoyable Christmas caper , put it in your Christmas list , you won’t be disappointed.
------
Reviewer: Lizzie Hayes 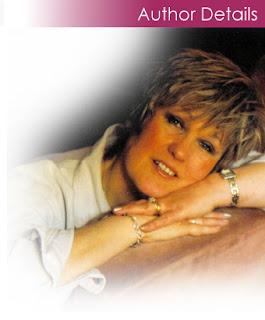