‘A Book of Scars’ by William Shaw 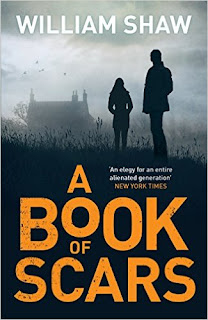 It is the 1960’s and in A Book of Scars, Detective Sergeant Cathal Breen is recovering from a bullet wound to the shoulder. He is convalescing with Helen Tozer, a former colleague in the Met, on her family’s farm in Devon. Breen and Tozer don’t really know what they want from their relationship. Plus all is not well as there is tension in the house. Alexandra Tozer, Helen’s younger sister was murdered five years before, no one speaks about it. Helen has gone back to being a farm girl and she is clearly jealous of Hibou, an ex addict who is helping on the farm, as Helen’s father is getting closer to the girl who loves the work. Breen is frustrated as he wants to get back to work, and he starts thinking about the murder. Alexandra was found in a copse on the farm. When Breen is given access to the files by a local policeman, he sees that the horrific details of the murder were never explained to the family.

The book picks up pace as Breen returns to London and speaks to a friend in the drugs squad detective, John Carmichael

Eventually Breen makes a connection between Alexandra and Lord Goodstone a local man who was her secret lover. Goodstone had lived in Kenya at the time of the Mau-Mau uprising. Another woman is abducted and Breen has just twenty-four hours to save her.

William Shaw researches well, is a good writer and this third book in the series is the best so far. There is a great sense of place and the characterization is spot on. In Breen and Tozer, Shaw has created two complex characters. They are both bruised and emotionally confused people. A Book of Scars is a good read, using long-buried secrets personal and political.
------
Reviewer: Susan Lord 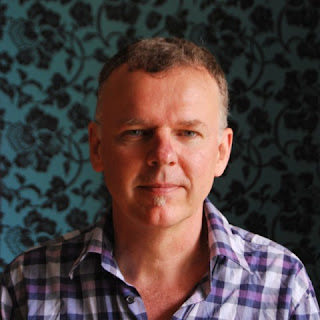 William Shaw was born in Newton Abbot, Devon, and lived for sixteen years in Hackney. For over twenty years he has written on popular culture and sub-culture for various publications including the Observer and the New York Times. He is the author of several non-fiction books including Westsiders: Stories of the Boys in the Hood, about a year spent with the young men of South Central Los Angeles, and A Superhero For Hire, a compilation of columns in the Observer Magazine. A Song from Dead Lips is the first in a trilogy of crime fiction books set in London in 1968 - 1969. It is followed by A House of Knives, set in the weeks following A Song From Dead Lips. He lives in Brighton. 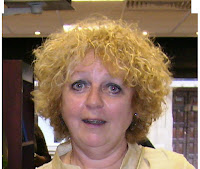