‘In Bitter Chill’ by Sarah Ward 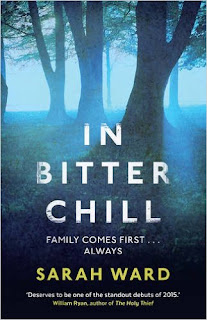 When the body of a woman is found in a hotel in the Derbyshire Peak district, despite the evidence of suicide - an empty packer of diazepam and a vodka bottle, Detective inspector Francis Sadler is called to the scene.  The deceased is identified as Yvonne Jenkins, the mother of Sophie Jenkins who along with her friend Rachel Jones was kidnapped   on their way to school thirty years ago in 1978.  Although Rachel is later found wandering along the roadside relatively unharmed, no trace of Sophie is ever found. But why now does Yvonne Jenkins commit suicide?

With the many new developments in today’s policing  Detective inspector Francis Sadler and detective constable Connie Childs are assigned to look at the case again to see if there is anything the original investigators missed.

Rachel has now become a family genealogist. With no memory of the event that at the time created a media frenzy she prefers to live quietly enjoying her job creating family trees for people who want to trace long forgotten relatives.  But the discovery of the body of one of her former teacher’s found in the same woods near where the girls were taken only days after the suicide threatens to rake up the kidnapping story again.  Is this killing related to that thirty year-old kidnapping and if so is the key to what actually happened on that fateful day locked in Rachel’s memory, and if so does she want to unlock it?

As Francis Sadler and detective constable Connie Childs hash over the case they uncover secrets. Information that did not surface at the time, and although she has no memory of the event, is that ignorance enough to keep  Rachel safe.

Set in rural Derbyshire in winter, this is an amazing debut - atmospheric and cleverly plotted I was gripped from the beginning by this tantalising mystery which has a surprising twist at the end that skilfully ties up the story.  But hopefully not the end for Detective inspector Francis Sadler and detective constable Connie Childs, about whose personal lives we learn a little, and who I hope we see again in future mysteries.
------
Reviewer: Lizzie Hayes 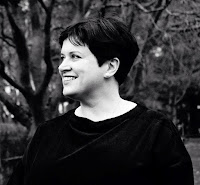