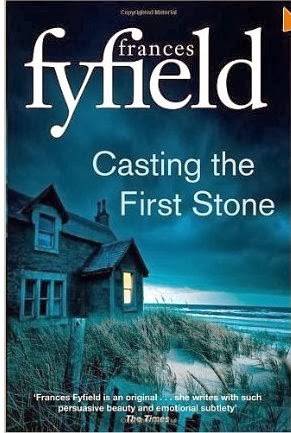 Di Porteous first met her husband Tom when she was a teenager and her father Quigley (known as Quig) set her to burgle Tom’s huge house on the Kent coast filled with valuable works of art. Di was caught, sent to prison but on release was befriended by Tom. They fell in love although he was much older than her, they married and he taught her to love and value art for its own sake. After his death, full of grief, she withdraws from the world but her agent Saul thinks that she needs to be brought back to life. So does her housekeeper, the youthful and resourceful Londoner Peg, and her ‘sort-of’ uncle, the former policeman Jones. Instigated by Saul’s sister Sarah they hatch a plan that Di should return to her former trade as a thief and steal some paintings: not as dishonest as it sounds since the paintings concerned belonged to Sarah’s friend and Di’s neighbour the elderly Granta Cockerel, and had been stolen by Granta’s beloved son Steven. He, however, encouraged by Gayle and Edward, Tom’s daughter and son-in-law, has his eyes on the paintings that Tom left to Di. Behind all this there is a dark secret in the cellars of the house, casting a shadow on the lives of all the characters in the novel. And the reappearance of the ineffectual yet malevolent Quig bodes ill for all concerned.

The plot is Gothic in its complexity and dark intensity. Deceit and duplicity are a running theme as is the moral ambiguity indicated by the book’s title. And there is the setting, not just of the art world, but the physical setting as well: the unforgiving landscape of the bleak North Kent coast overlooking the North Sea and the menacing Goodwin Sands scene of the numerous shipwrecks. The danger to the land from the sea is a constant factor even though the coastal defences are constantly being shored up. No less unsettling is the bizarrely baroque building in Central London where Steven lives.

This is the 22nd novel by Frances Fyfield who has received a number of Crime Writers Association Gold and Silver Dagger awards.
------
Reviewer: Radmila May